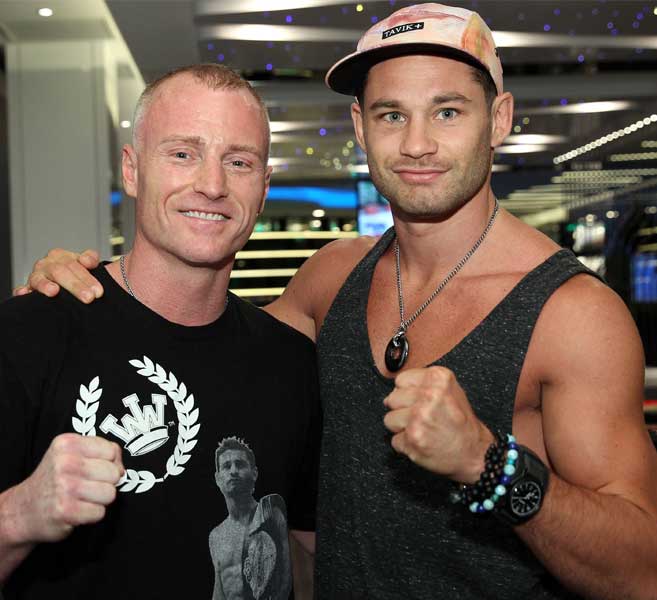 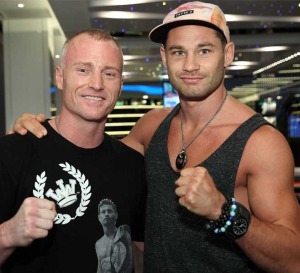 ed his camp to Las Vegas for his fight with Manny Pacquiao at the Palazzo Venetian at the “Algieri Gym.” Ahead of his last media day before his voyage to China to take on Manny Pacquiao, he met and told the press that his training camp was going very well. If you couldn’t tell he’s been doing a number of appearances at HBO fights, Fox News Media, and an appearance on a CBS Drama SHOW “Unforgettable.” By his social media posts, the comments about him having a good training camp look to be true.

The push by HBO and Top Rank to make him a formidable opponent and known to the public has been strong. On the last leg, Algieri met Sylvester Stallone; synonymous with the boxing movies “Rocky” was the icing on the cake even having some people in the media calling Algieri “The Real Life Rocky.”

Algieri has spent many years with his head trainer Tim Lane and he says Lane may love The Rocky movies but they are two different fighters.

“He’s been spending the whole camp to not get me to fight like Rocky, to be more disciplined and a master boxer in the ring,” Algieri stated. “It’s funny that when push comes to shove and that side had to come out, that grabbed everyone’s attention.”

What Algieri was referring to was picking himself off the canvas twice in the first round of the Ruslan Provodnikov fight. He displayed heart, grit, and a wherewithal to keep his focus after a disastrous start in the opening round setting him back 3 points in the fight. He boxed and earned a split decision on the judges’ scorecards.

But come November 22nd, it will be the master boxer and not Rocky.

“On November 22nd, it’s not going to be my Rockyesque performance that’s going to win me the fight. It’s going to be my smart technical boxing skills and strategy along with my physical and mental ability preparation. That being said I’m looking to be the new WBO Welterweight Champion.”