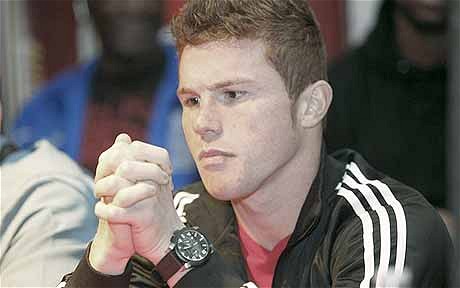 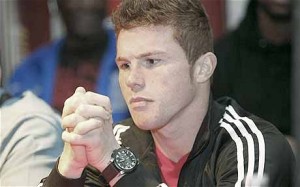 Canelo Alvarez has shook the boxing world by announcing he is officially signed to HBO. This allows for bigger than life match-ups against fighters such as Miguel Cotto, Gennady Golovkin, Julio Cesar Chavez Jr., and others; Fights that would have been improbable had he resigned with Showtime. Golden Boy was asked for details upon Alvarez’s contract, but only confirmed it is indeed a long-term deal.

This came as a bit of surprise to Stephen Espinoza the CEO of Showtime network, given the fact he claimed De La Hoya had a verbal agreement of resigning Alvarez. De La Hoya denies these accusations. This leaves the question if the Cold War has actually been “thawed” or if De La Hoya had simply just chosen a different network to work with. Either way this is the best move for Alvarez’s career given the expansion of fighters he can now fight with.

There has also been talk of Alvarez wanting to fight on Mexican holidays. De La Hoya has been adamant of fulfilling Alvarez’s desires. The elephant in the room is Mayweather. There has been much speculation of a possible Cotto vs. Canelo bout next May challenging Mayweather’s bout with whomever he decides to fight with. It seems very possible Cotto vs. Canelo will be the bigger draw unless Mayweather fights with Pacquiao or Gennady Golovkin. The only issue with this plan is it would not make very good business sense for either side. Even if Canelo vs. Cotto does bigger numbers, they will undoubtedly lose a large portion of PPV buys to Mayweather. The possibility of this happening in the immediate future is very unlikely despite the amount of talk of this possibly taking place.

HBO nonetheless have resurged themselves with this announcement. This will hopefully force Showtime to deliver more blockbuster matchups within their vast stable to have the upper hand. If the members within these two opposing networks such as Al Haymon and Top Rank cannot still get along, at least it will provide a high level of competition amongst them. A battle of delivering the biggest fights can only bring excitement to the fans in 2015.