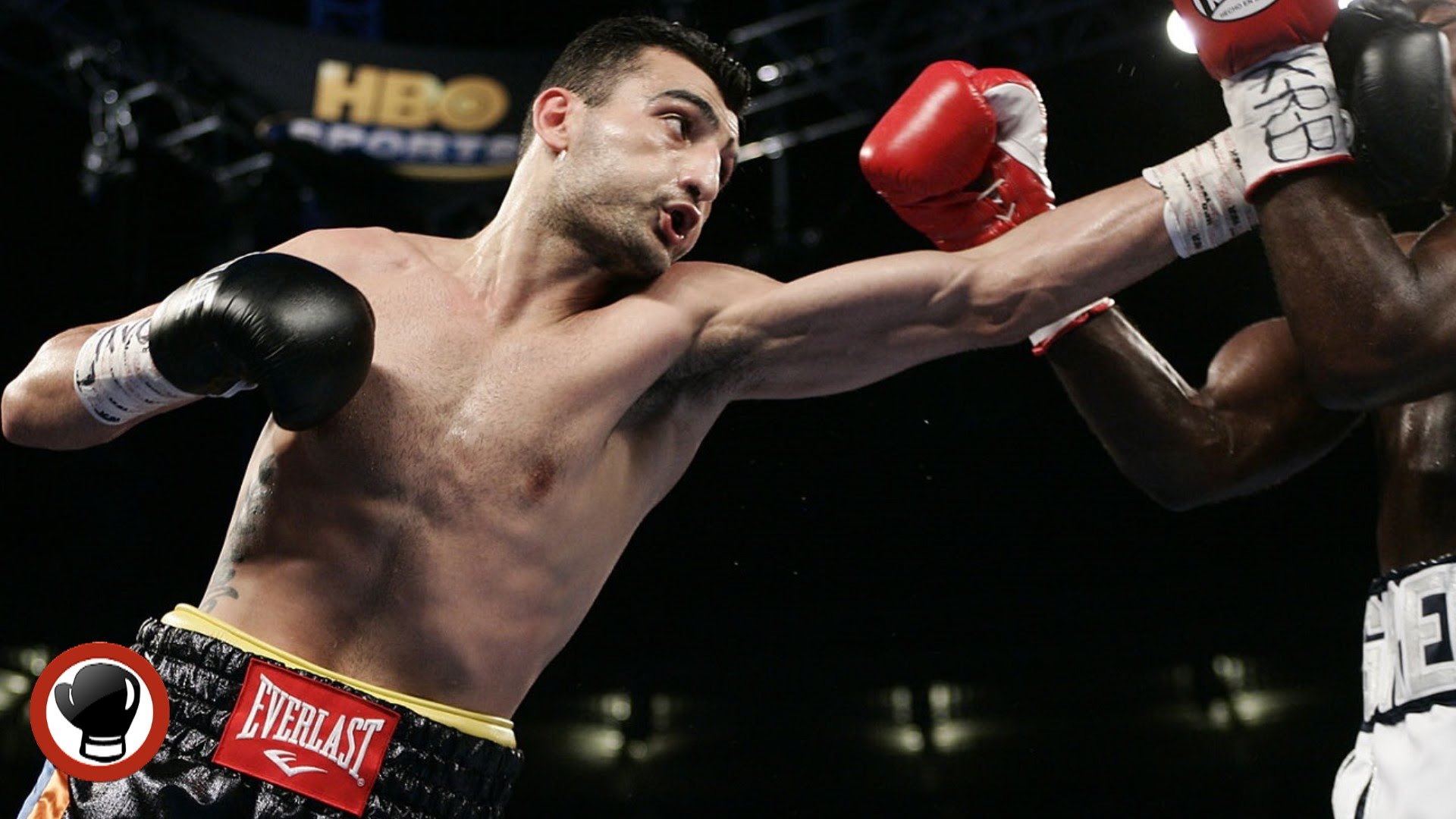 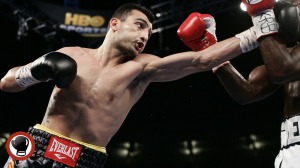 Former junior middleweight world title challenger and American Olympian Vanes Martirosyan (34-1-1 21KO’s) will be making his return to the ring on Oct 4th. Martirosyan will be facing young contender Willie Nelson (23-1-1 13KO’s). The bout will be televised live on Showtime from the Foxwoods Resort in Connecticut.

In November of last year, Martirosyan fought against Demetrius Andrade (21-0 14KO’s) for the vacant WBO title. After scoring an early knockdown, Martirosyan laid an egg in what was his biggest opportunity to date and ended up losing a decision. After that loss, Martirosyan made some big changes regarding his career by signing with Goosen Tutor Promotions and getting Joe Goosen as his trainer. After getting a tune up win over journeymen Mario Alberto Lozano earlier this year on ESPN, Matirosyan signed with influential advisor Al Haymon.

Martirosyan has a good amateur background that includes wins over Andre Berto, Austin Trout and Tim Bradley. As a professional, he holds wins over the likes of Kassim Ouma, Saul Roman and Joe Greene. Martirosyan can move around the ring very well and has good size for a junior middleweight. He has also fought some of the best the division has to offer in Erislandy Lara and Demetrius Andrade. He is mentally tuff and doesn’t fold when he’s in a tuff fight. He also has some boxing ability due to his amateur background. However, he isn’t the hardest guy to hit and doesn’t possess the fastest reflexes and can use some more head movement.

Nelson on the other hand is 6’3 in height with an 81 inch reach,which is extremely rare and impressive for a junior middleweight. However, unfortunately for Nelson he has a very low fighting I.Q and doesn’t use any of his physical advantages to his benefit. Instead of trying to work his jab and box from the outside he is content by standing directly in front of his opponents and fighting on the inside as if he’s 5’7 instead of 6’3.

I think this fight is extremely compelling with both fighters being ranked in the top ten in the junior middleweight division. Fights like this seem to get more rare as time goes on and I’m glad to see two top guys in their respective divisions facing each other. However, I believe Martirosyan’s experience and slightly better skill set and fighting IQ gives him the edge in this fight. I can’t wait to see this fight as I believe it will not only be competitive but exciting as well.