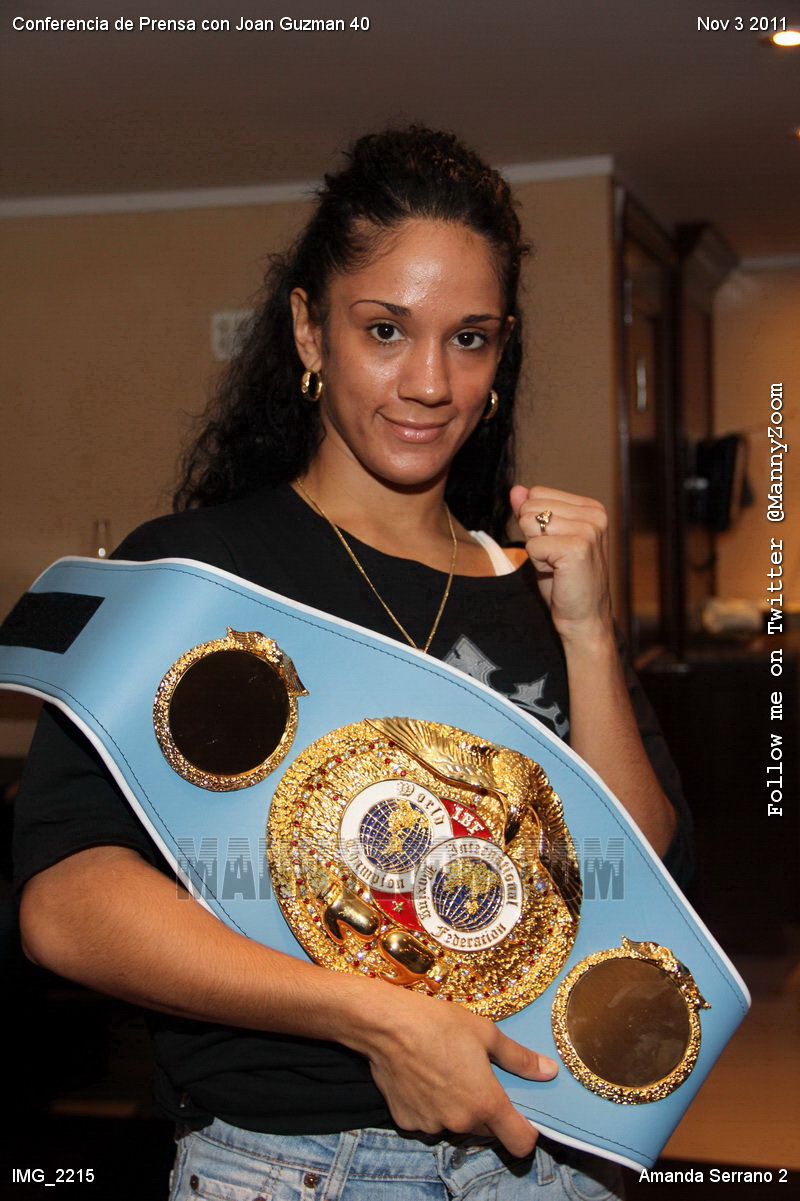 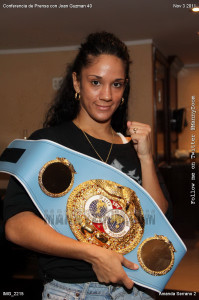 Brooklyn, NY  (September 3, 2014) — Amanda Serrano will enter the ring at the Master Theater (Formerly the Millennium Theater) in Brighton Beach, Brooklyn on September. 18 with a brand new belt strapped around her waist, and the usual stone game-face signaling her intentions.
Serrano (21-1-1, with 16 KOs) is one of the headliners September 18, on a Star of David Promotions card put together by promoter Dmitriy Salita.

The 25-year-old southpaw recently traveled to Argentina and scored a 6th round stoppage win over Maria Elena Maderna, earning the WBO lightweight title. On Sept. 18, the Puerto Rican native will be sticking close to home, fighting in her borough.

The foe on this night will be, as is per usual on a Salita card, no easy triumph. Serrano, one half of the “Fighting Serrano Sisters”, seven years junior to big sister Cindy Serrano, is to meet Jackie Trivilino, who’ll show up with ample confidence.

“Amanda is an excellent athlete and so is Jackie,” Salita said. “Women’s boxing as a sport has come a long way in the last 10 years. Female boxers today are world class athletes, very skilled, in tremendous shape and determined to prove themselves in the sport.”

Trivilino battled fan-favorite Heather Hardy at Barclays Center in her last outing, on June 14, and the Plattsburgh, NY native lost a technical decision by the most narrow of margins. A crowd-pleasing featherweight rumble is virtually guaranteed.

September 18 will also see the debut under the Star of David promotional banner of Junior Wright, a Chicagoan who is a known quality to hardcore NY-area boxing fans.

The cruiserweight boxed Steve Bujaj to a draw on the May 15 Salita show at the Master Theater, and that was a five star showdown. Kamarah Parsley is coming from Philadelphia with upsetting intentions; he wants to show the 11-0-1 Wright that Philly trumps Chicago when the going gets tough.

Dimash Niyazov, a junior welterweight from Kazakhstan now living on Staten Island, will seek to go to 7-0-2, but he’ll have to get past Rochester, NY lefty Jamell Tyson, a survivor type who wants to play the spoiler.

Salita is also excited to see prospect Gary Beriguette (living in Brooklyn NY, 5-0) in his toughest fight to date, against Raphael Luna. Also, amateur standout Peter Dobson of the Bronx is making his long awaited pro debut against the experienced Mack Babb of Brooklyn, NY.