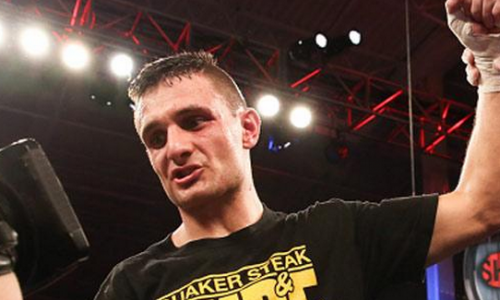 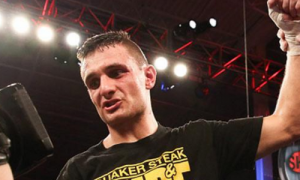 As most fight fans already know, Rod Salka (19-4 3KO’s) was last seen in the ring on August 9th fighting against the undisputed junior welterweight champion in Danny Garcia (29-0 17KO’s). Though Garcia had an obvious size advantage and had the edge in world class experience, Salka put on an admirable performance and went out on his shield like a Samurai in his KO defeat.

However, Rod Salka is looking to bounce back quickly and already has a date penciled in for his ring return on November 14th. Regarding what weight class his next bout will take place, Salka informed me by stating. “I was trying for 130(lbs) but the guy they have is 135(lbs) so it (the fight) will be at 135.” So it seems as though Salka will be dropping back down in weight and will be competing in the lightweight division in the immediate future.

Now that Salka will be campaigning in a suitable weight class for himself, it will be interesting to see how his career develops. He seems like he can be an effective fighter at the right weight class due to his hand speed, and foot movement/ability to move around the ring well and, of course, his Samurai toughness. Personally speaking, I would eventually love to see Salka face fighters like Yuriorkis Gamboa, Omar Figueroa and Mickey Bey. However, for any of those fights to one day come to fruition Salka must first take care of business on November 14th.