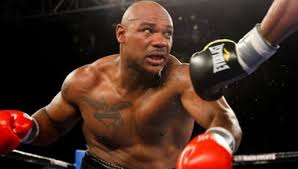 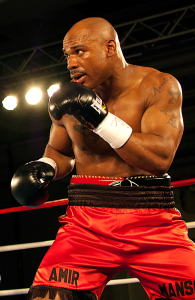 Main Events along with Peltz Boxing and Bam Boxing held a terrific card tonight at the Sands Casino and Resort in Bethlehem, PA. The card was headlined by heavyweight contender Amir Mansour going up against Fred Kassi. In the co-feature we saw hometown favorite Ronald Cruz taking on undefeated Dmitry Mikhaylenko. Cruz was last seen on Showtime when he took on Errol Spence Jr. and lost a one sided unanimous decision. The opening bout featured exciting Vasily Lepikhin who was up against Jackson Junior.

In the opening bout, Junior looked sensational against Lepikhin who is normally exciting to watch. The Russian Lepikhin, (17-0, 9 KOs) took a barrage of punches all night long from Jackson who took Lepikhin’s power very well. For 10 rounds, both men landed bombs to the body and head but Jackson was getting the better of the two. Referee Gary Rosato constantly warned Lepikhin throughout the fight for pushing and hitting behind the head but never deducted any points. Lepikhin seemed to be in waters he’s never seen as Jackson was seemingly to much for him to handle. Jackson stood right in front of Lepikhin all night and would on occasion pin him against the ropes and unleash a series of punches. The 10th round seemed to be Lepikhin’s best as he came out strong and was catching Jackson with hard shots, hurting him in the middle of the round. In the end it was boxing politics who won as they awarded Lepikhin with a unanimous decision, with scores of 97-93 twice, and 96-94.

The co-feature showcased a must win fight for Bethlehem native Ronald Cruz after his lopsided lose to Errol Spence Jr. a few months back. Cruz went to war with Russia’s Dmitry Mikhaylenko in a all out slug fest. Mikhaylenko and Cruz traded bombs with each other for 8 rounds, with Cruz hurting Mikhaylenko with his signature over hand right in some rounds. Mikhaylenko’s chin stood up to the test as he walked right through Cruz’s punches and fired back. From the 4th round and over, Cruz was in deep waters, looking like he did when he fought Spence Jr., except this time around, trainer Billie Briscoe did the smart thing and called a hault to the fight after Cruz was taking excessive unanswered punishment. The fight was called off at the end of the 8th round awarding Mikaylenko (18-0, 7 KOs) the TKO victory. It will be interesting to see where Cruz’s career goes from here.

Finally in the main event we had heavyweight contender Amir Mansour took on Fred Kassi. In the 2nd round, Mansour caught Kassi with a huge left hook that shook him up and then followed up with thunderous shots to the body. Kassi was able to take the punches and came back towards the end of the round. Kassi came back strong in the 3rd, landing solid punches on Mansour and walked him down. For the remainder of the fight Mansour kept Kassi at bay and landed the much better shots between the two. Though Kassi held on, Mansour would go on to knock him out in the 7th round.