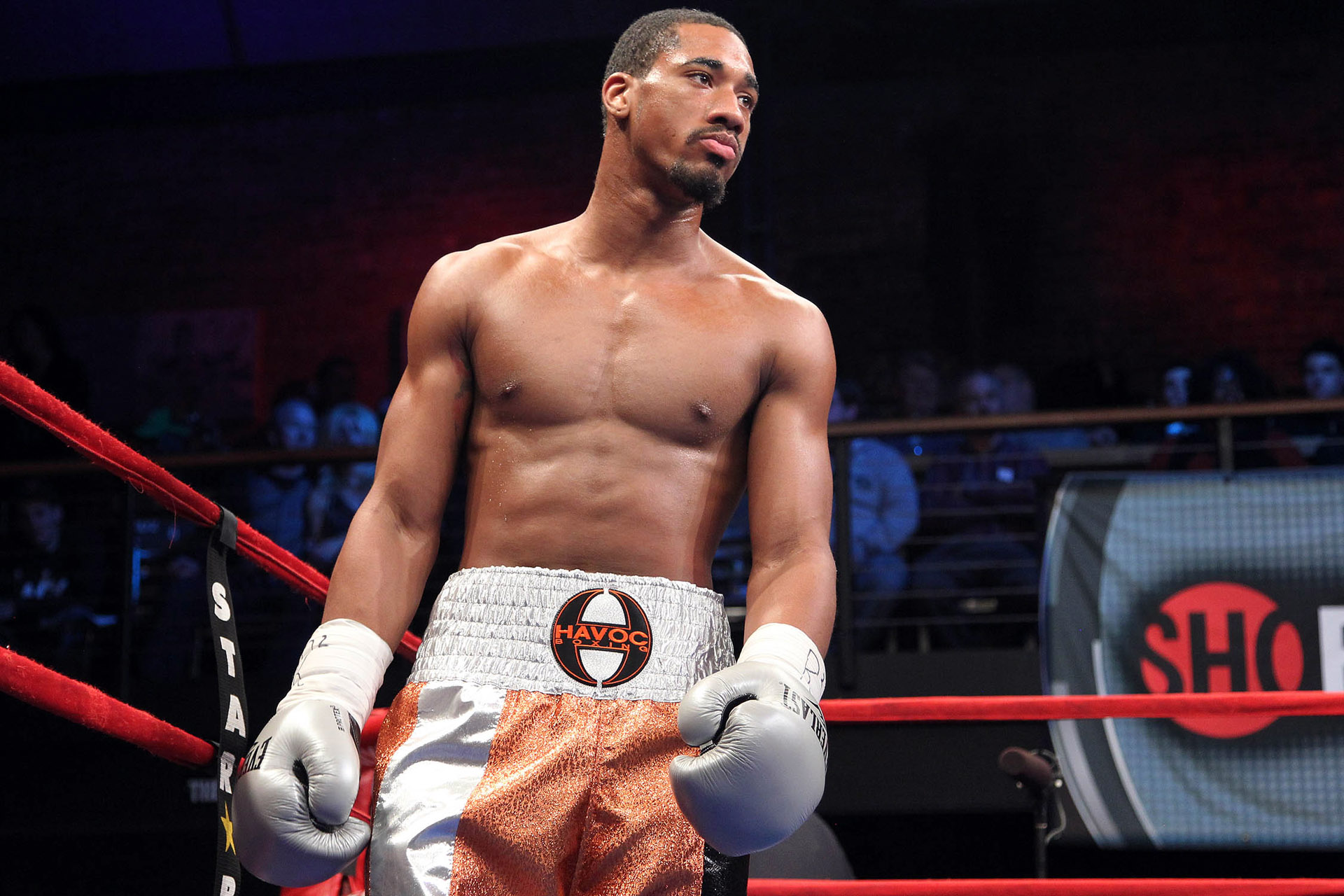 ATLANTA (May 7, 2014) – Undefeated World Boxing Organization (WBO) junior middleweight champion Demetrius “Boo Boo” Andrade (20-0, 13 KOs) is preparing for his first title defense, June 14 on HBO against No. 1 mandatory challenger Brian “The Lion” Rose (25-1-1, 7 KOs), like it was just another fight.

Andrade vs. Rose is the 12-round co-feature on a card presented by the gifted Cape Verdean-American’s co-promoters, Banner Promotions and Star Boxing, along with Top Rank, at Barclays Center in Brooklyn, New York. The headliner is a 12-round bout between WBO junior welterweight champion Ruslan Provodnikov (23-2, 16 KOs) and unbeaten challenger Chris Algieri (19-0, 8 KOs).

“I’m preparing for this fight the same way I always have with daily routines that got me here by being smarter and harder,” Andrade said from his Atlanta training camp.  “I know what to do and what it takes.  I’m always in shape and everything else is in place.  My motor is running.  I’m getting in shape for greatness, staying active in between fights and keeping my weight down.  I’m doing what I was born and taught to do.  Everything is coming together so I can put on a show fight night.”

Andrade has a rich pedigree having been a 2008 U.S. Olympian, 2007 World Championships gold medal winner, and four-time national amateur champion.  Before he can get into a mega-fight with the likes of Saul “Canelo” Alvarez, possibly evenFloyd Mayweather, Jr. before he retires, or a unification fight with Carlos Molina orErislandy Lara, Andrade must first get past his mandatory challenger from the United Kingdom.

“We’d like to thank HBO for providing Demetrius with this opportunity to show the boxing world that he is ready to take over the 154 and 160-pound divisions,” Andrade’s manager Ed Farris commented. “Sooner or later one of the big-name fighters is going to have to face Demetrius and then everybody in boxing will know Demetrius Andrade is for real.  We’re honored that HBO has stepped up and given us this chance.

“I still don’t think most people realize what Demetrius did to Vanes Martirosyan.  He virtually shut-down a fighter that hadn’t lost in 10 years with a 33-0-1 record. Martirosyan had beaten Erislandy Lara for five straight rounds before Lara started to figure him out.  Martirosyan would beat the hell out of Timothy Bradley or Austin Trout, just like he did in the amateurs, yet Demetrius received very little credit for easily beating Martirosyan.  Sooner or later the cream rises to the top and believe me Demetrius will rise. I’m confident that he will become one of the greatest fighters in the history of this sport.”

Rose has defeated former world champions Vivian Harris and Joachim Alcine but the light hitting Brit hasn’t been in with a pure boxing technician like Andrade, an athletic southpaw with tremendous speed and quickness combined with his deceptive power.

“I’ve seen clips of Rose,” Andrade concluded.  “He’s a straight-up boxer.  I won’t know too much more until I get in the ring with him.  I do know I’m not going 12 rounds with this guy.”