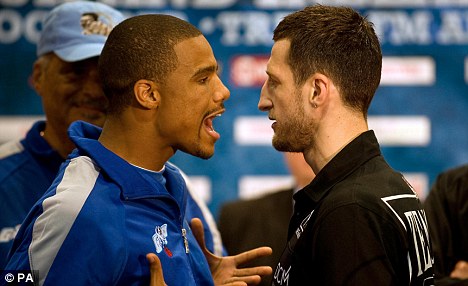 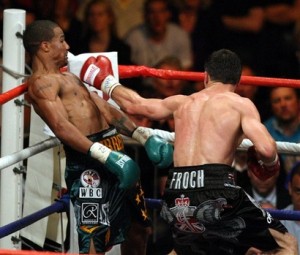 Having finally strung together three wins within a reasonable time span for the first time in a couple of years. A rejuvenated Andre Dirrell(24-1, 16KO’s) told Fighthype.com of how he still yearns to rectify the one blemish on his record. Dirrell would like to go after WBA Super World super middleweight champion Carl Froch(33-2, 24KO’s).

“Hell yeah, I wanna get him in the ring like I said that’s my number one target man.”

The pair came together for Froch’s WBC super middleweight title and in his hometown of Nottingham in 2009. Surprisingly the champion scraped through with a split decision victory after a frustrating evening of swinging at thin air.

After that evening Froch had a tumultuous time, losing the belt in his next outing in a war with Mikkel Kessler before regaining it by schooling Arthur Abraham. Then losing it again in a shut-out points loss to Andre Ward. He then dethroned IBF champ Lucian Bute; annihilating the then-unbeaten Romanian inside five rounds in what would later be seen as a pivotal point in his career. Two fights after he avenged the loss to Kessler on points before his two famous collisions with George Groves in late 2013 and early ’14.

Dirrell did comparatively little in the same timespan with his only notable win coming via disqualification over Abraham in 2010. For whatever reason, he has had two prolonged absences from the ring that spanned over twelve moths since the Froch fight. Three of his last four bouts have been up at light-heavyweight. Still, it appears as if he is primed to face off against James DeGale for the IBF title sometime soon, a belt vacated by Froch just after the new year commenced. Boxing is a wonderful and perplexing sport. 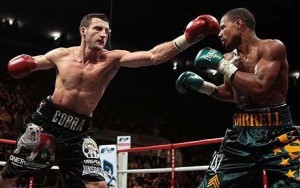 All that being said, on my very unofficial scorecard Dirrell beat Froch on that night six years ago, which is probably why Dirrell is so insistent on facing him again, even if it does look like ‘The Cobra’ has one foot out of the sport at this point.

“If he retires today, he retires tomorrow; there will always be a questionable win on his record and that’s against Andre Dirrell so I will always let that be known. Once I dominate this sport, this weight-class, at any given time I want Carl Froch, he knows I want him. He knows it you know, and it’s up to him pretty much but I’ll be there, I’ma be ready and when the time comes I’ll dethrone that man.”