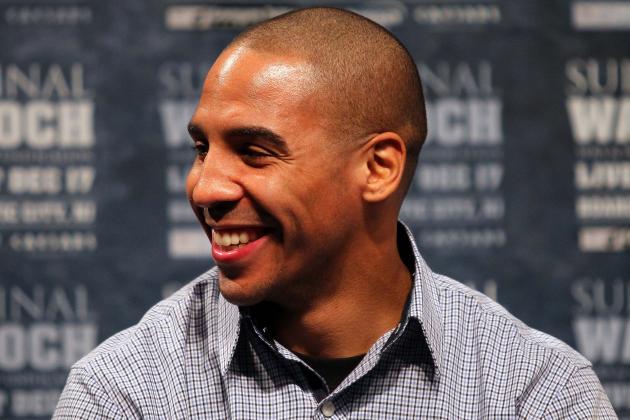 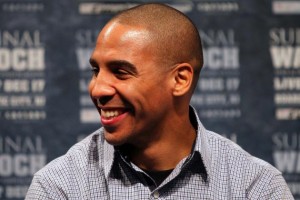 Andre Ward continues to be grateful that his litigation issues are officially behind him. He is obviously overjoyed to be an athlete under the Roc Nation Sports banner, but to a certain degree he’s probably just plain happy to be moving on period.

Ward must’ve had many parties interested in acquiring his services, but ultimately Ward said he decided to shake things up and make the kind of unexpected move that would cause a stir.

“[I chose Roc Nation Sports] for a lot of reasons, but one thing is, personally for myself, I’ve always tried to go against the grain and not just for the sake of doing it but if it makes sense and if I’m comfortable with it, and this is obviously something new with Roc Nation,” Ward said.

Ward seems very confident in his decision to go with Jay-Z’s Roc Nation Sports. He has had nothing but great things to say about his new promotional outfit. Some might point at the negative aspect of a rookie boxing promotional company handling such a valued asset in the sport.

However, Ward is not worried and he doesn’t need to be because Roc Nation Sports might be a new name in boxing, but they have enlisted people with plenty of experience in the sport to run the day to day operations. Also, the big benefit has yet to be considered by other fighters, namely those Haymon fighters that have turned Roc Nation Sports down, but Ward is well aware of the plus side.

“Roc Nation is a powerhouse and Jay-Z is a very astute businessman and I believe it is going to transfer over into the sport of boxing and they’ve hired some senior personnel that have been in the sport for many years. They have a business mind, so all they need to do is learn the boxing structure. But in terms of promotion and marketing, I don’t have to worry about any of that, all I have to do is focus on getting in the ring.”

That is the big benefit for Roc Nation Sports’ fighters and what the company lacks in boxing experience, they more than make up for in other marketing aspects. Roc Nation Sports, unlike Golden Boy, Top Rank, and Haymon, has a certain knowledge and insight into marketing from a much more global standpoint. Roc Nation Sports is not restricted by boxing, they can bring their fighters into other avenues seamlessly.

A few fighters have turned down Roc Nation Sports contracts with the excuse that the company is unproven and that they can’t put their confidence into Jay-Z until they see some firsthand experience. No offense to guys like Keith Thurman and Kid Chocolate and Adrien Broner, but Roc Nation Sports was willing to do the same thing for them as fighters because they are all unproven.

Ward deciding to go with Roc Nation Sports only further confirms my notion that experience had nothing to do with why those Haymon fighters turned down the offers. Ward is smarter and more talented than the aforementioned fighters, but he took the deal because he was not influenced by Haymon.

We’ll find out eventually if Ward’s decision was a good one and if the fighters that turned Roc Nation Sports down will regret it. But if they turned it down because of the lack of experience then they were misled, and, if you believe Ward, then those other fighters were mistaken in thinking Jay-Z won’t have an active approach in the fight game.

“I think people don’t realize a guy like Jay-Z, who is as busy as he is, they probably think he’s hands-off, but he’s very hands-on.”