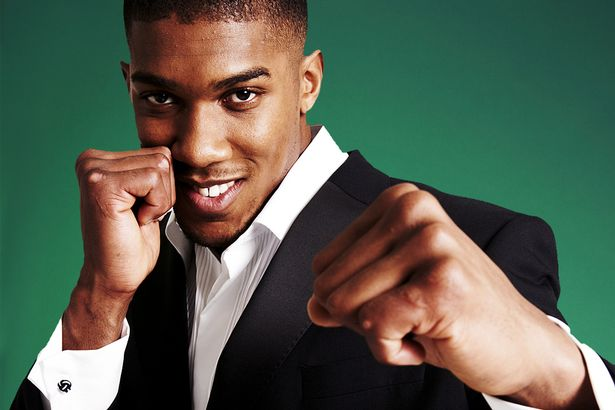 Anthony Joshua MBE is ready for his second pro fight on Saturday night (October 26) – and Paul Butlin has told him he’s going to take the fight to him live on Sky Sports at the Motorpoint Arena in Sheffield.

Joshua dismissed Emanuele Leo in the first round of his debut at The O2 earlier in the month, and now clashes with the experienced Leicestershire fighter in his Steel City second home, where he honed his skills with Team GB.

The 24 year old Olympic gold medal hero headlines ‘Joshua and The Prizefighters’ on Thursday November 14 live on Sky Sports in his third pro outing, but expects a tough test in Sheffield against Butlin.

“The quality of opposition will get better and that is good, because it means I will need to get better,” said Joshua. “I can only defeat what is in front of me, so whoever it is I have to do my best. In this game I want to keep on learning in the gym and take that into the ring, give it my best and hopefully dispatch my opponents.

“You know what boxing is like, it only takes one shot. But hopefully tonight I can slip in, get a win and slip out again and then plan for the next show.

“I need to put in a lot more groundwork in the gym. Leo was 8-0 and on paper it was a great fight. Somebody once told me when I was ABA champion that I can’t that the ABA championship to a Russian World champion because they won’t respect you. At the stage I am at now I am so far from where I want to be so I have to keep grinding it out in the gym”

Butlin takes a wealth of experience into Saturday’s clash, with 167 rounds boxed in his 33 pro fights. The 37 year old says he’ll take the fight to Joshua from the opening bell – and expects to test the Londoners’ resolve.

“I will bring non-stop aggression,” said Butlin. “It is common sense, I can’t keep it long. I am going to have to put it on him from round one. If I don’t, he will stop me. The reach on him, the speed of him, the power of him, if I don’t put it on him then I will get stopped.

“It doesn’t matter how muscly you are, you can’t change your jaw – you could have the best body in the world but it doesn’t make you the best boxer, it doesn’t mean you have a good jaw. On Saturday that is what I am going to do – test his jaw.

“Anthony is a nice kid, a gold medallist as well, so it will be an honour to share the ring with him.

“He is good, he is sharp, but it is the start of his professional career so there are weaknesses I noticed on his debut.

“With some opponents you can get angry off with them, but he is such a nice lad. I think it will be a good fight. We will shake hands at the end and be alright with each other. We are both there for business, and that is what will happen.

“I think it is madness him facing somebody like me in his second pro fight. On the other side, I think Eddie Hearn is making a statement and being a Gold medallist you should be able to make those statements. You are the best in the world as an amateur, and turning pro you should still have that pedigree.”

Joshua’s fight with Butlin is part of a great line-up of action in Sheffield, as unbeaten Welterweight star Kell Brook faces a watershed night in his career against former World champion Vyacheslav Senchenko.

There’s a welcome return to action for Kal Yafai, the exciting 8-0 bantamweight who boxes for the first time since injuring his bicep in his last outing in March, while popular Sheffield fighters Adam Etches, Scott Jenkins and Sam O’Maison also feature.