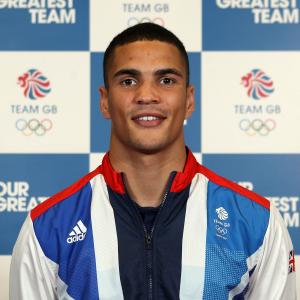 LOS ANGELES (Feb. 27) – 2012 Olympic Bronze medalist for Great Britain Anthony Ogogo will make his 2014 debut this Saturday, March 1, when he competes against County Durham’s Greg O’Neil in a six-round middleweight bout on the Ricky Burns vs. Terence Crawford undercard at the Scottish Exhibition and Conference Centre in Glasgow, Scotland.

For Ogogo’s promoter, Richard Schaefer, this is an exciting time to be a fan of the young British star.

“Anthony has been very impressive so far in his career, and it’s going to be interesting to see how he’s progressed over the last couple months,” said Schaefer, CEO of Golden Boy Promotions, Ogogo’s exclusive promoter.  “Saturday’s card is a big one in Scotland, and it’s good for Anthony to be around that big fight atmosphere as he develops into a world champion. The way things have looked so far, that day may be coming very soon, as he has all the tools to challenge the best in the world in the near future, and we’re excited to be on board with him as he moves to the top of the division.”

The bout will be televised live on Sky Sports.

” I am really excited to be fighting in the March 1 bill and can’t wait to get back in the ring for the first time this year,” said Ogogo.  “It’s a huge year for Glasgow with the Commonwealth Games going there this summer and so it’s going to be great to be able to fight there and experience the city, it should be a fantastic atmosphere.”

Lowestoft’s Ogogo (4-0, 2 KOs) has been on a tear since turning pro after the 2012 London Games, winning all four of his pro bouts. In his most recent fight, the exciting 25-year-old won a shutout six round decision over 31-fight veteran Dan Blackwell on Dec. 14.

Greg O’Neill (3-1), 22-year-old, won his first three pro bouts before a loss to 7-0 Lewis Taylor in an International Masters (Bronze) Middleweight Title fight last March. On Saturday, he gets the opportunity to get back in the win column and shock the boxing world at the same time.