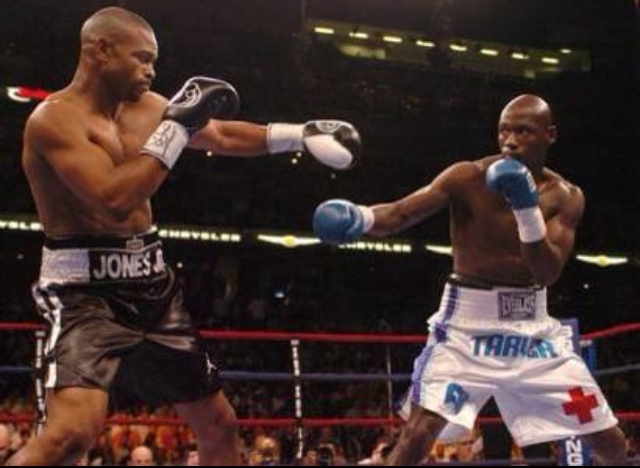 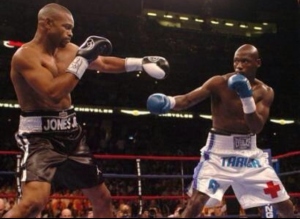 A fractured thumb that forced the cancellation of his scheduled September 29th fight with veteran Johnathan Banks (29-2-1, 19 KOs) may prove to have had a silver lining for 5-time world light heavyweight champion and 1996 U.S. Olympian Antonio “Magic Man” Tarver (30-6, 21 KOs).

The determined and still dangerous southpaw, who turned 46 this past Friday, squares-off Dec. 11 against Banks in a 10-round heavyweight fight, on a Goossen Promotions card, airing live on ESPN2 and ESPN Deportes from Pechanga Resort & Casino in Temecula, California.

The determined and still dangerous southpaw, who turned 46 this past Friday, squares-off Dec. 11 against Banks in a 10-round heavyweight fight, on a Goossen Promotions card, airing live on ESPN2 and ESPN Deportes from Pechanga Resort & Casino in Temecula, California.

Tarver suffered a fractured thumb to his left hand, closer to the wrist, leaving him in a cast for five weeks, followed by two additional weeks wearing a brace for precautionary reasons as he trained. His extended training camp is the aforementioned silver lining.

“What was important is I trained through it, never leaving the gym, even though I was training one-handed,” Tarver noted. “I focused on my mind and body. We were locked into the original date but sometimes there’s a silver lining when something like that happens. We made it into a positive by training right through. Hopefully, everybody will see the energy, power and conditioning in the fight when I am victorious over Banks.

“I’ve had long layoffs the last five years with only five fights. It’s been frustrating. I’m hoping to get busy after this fight, as I get closer to the opportunity to end my career on the highest note, when I’m crowned heavyweight champion of the world.”

While Tarver was toiling in Brazilian Rocky Fight Club in Miami, under the guidance of his head trainer Orlando Cuellar, Banks was busy training world heavyweight champion Wladmir Klitschko for his devastating knockout win over Kubrat Pulev last weekend in Germany.

Banks, of course, was also training as he prepared Klitschko. “Anytime you’re training Klitschko has to help Banks,” Tarver noted. “He has the best of both worlds training the heavyweight champion of the world. I’m sure Klitschko shared strategy with him. I’m expecting to fight the best Johnathan Banks. Klitschko wants him to be successful, so I’m sure he let Banks share his training camp and his on-site trainers for conditioning. Training Klitschko can only help Banks.”

Tarver, a native of Orlando fighting out of Tampa, was one of the world’s top pound-for-pound fighters during a 4-year, 9-fight stretch between 2002-2006, in which he had a 6-3 record, defeating Roy Jones, Jr. in two of three, splitting a pair with Glen Johnson, defeating Montell Griffin, Eric Harding and Reggie Johnson, and losing to Bernard Hopkins.

After all these years as a boxer, the hunger is still there for Tarver, who is on a mission to become the oldest world heavyweight champion of all-time.

“Banks and I will have to go through the fire,” Tarver added. “I can’t wait!”