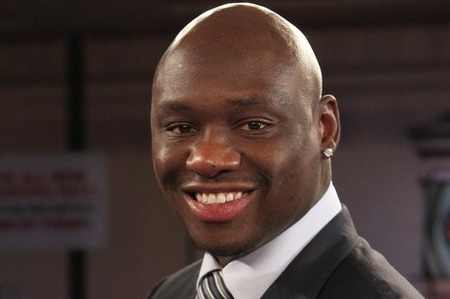 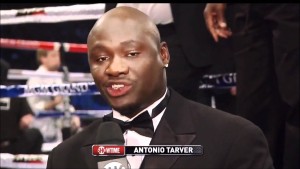 “We are thrilled to add two dynamic and knowledgeable voices who each possess their own unique perspectives of combat sports,” said Jon Slusser, Senior Vice President, Sports and Branded Entertainment. “Antonio delivers a huge personality with a championship pedigree and Jimmy will bring his incredible insight and energy that he has for MMA to boxing.”

Antonio “The Magic Man” Tarver, from Tampa Fla, had one of the sport’s most-decorated amateur careers. In 1995, he became the only fighter to have won the Pan American, U.S. National Championships, and World Championships in the same year. After winning the bronze medal in 1996 Olympics, he turned pro and ascended the ranks of light heavyweight division.

In 2003, Tarver defeated Montell Griffin in the biggest win of his career up to that point to claim the IBF and WBC title belts. After a tough 12-round decision loss to Roy Jones Jr, Tarver avenged that bitter defeat with an incredible 2nd round knockout of Jones Jr., shocking and amazing boxing fans worldwide. After splitting two fights with Glen Johnson, Tarver topped Jones Jr. with a 12-round decision victory in the third fight of their memorable trilogy.

The 46-year-old Tarver (31-6, 22 KOs) is on a mission to become the oldest heavyweight champion of the world. He is currently world-rated in the heavyweight division at No. 5 by the IBO and No. 9 by the WBA. His last fight (Dec. 11, 2014) resulted in an impressive seventh-round knockout of 29-2-1 Johnathon Banks. He has also served as a color commentator for Showtime Championship Boxing and starred opposite Sylvester Stallone in the feature film “Rocky Balboa” as the character “Mason Dixon.”

Jimmy Smith is currently the color analyst for Bellator MMA on Spike TV. Smith began training in Brazilian Jiu Jitsu in in 2000 while at UCLA and became a professional MMA fighter in 2003. Smith compiled a 5-1 record before retiring in 2006 to focus on a television career. Smith starred in the Discovery Channel show, “Fight Quest,” where he traveled the world learning different fight disciplines. He joined Bellator in 2010 and has served as its lead color analyst ever since, partnering with blow-by-blow announcer, Sean Wheelock.