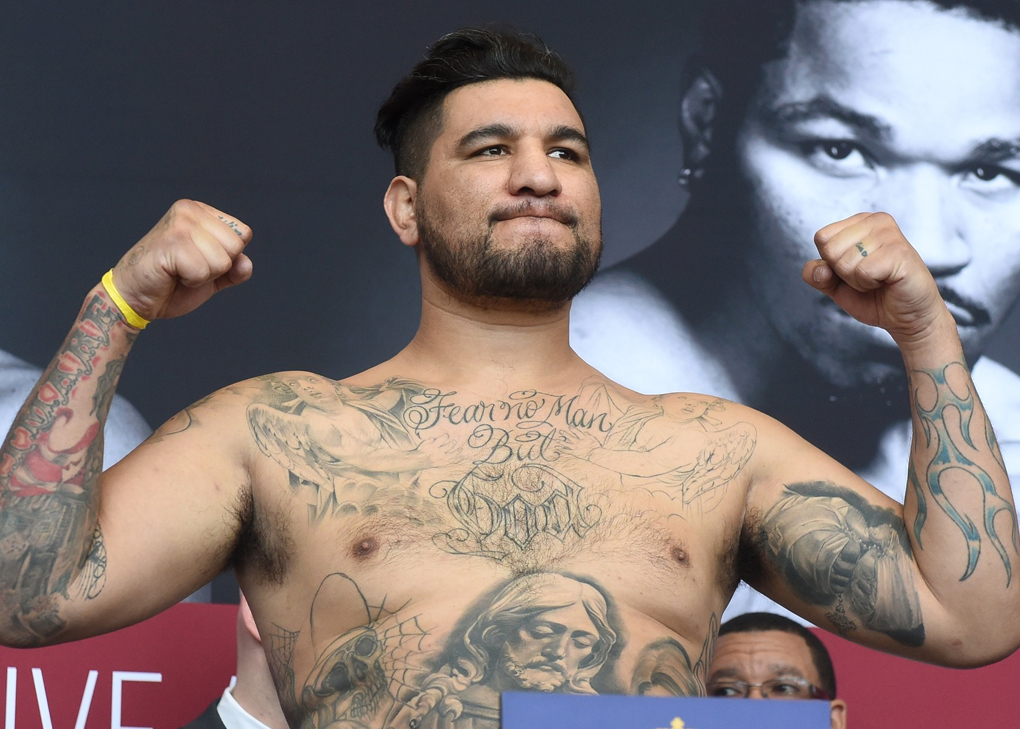 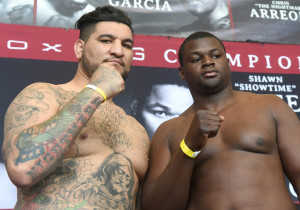 Chris Arreola was last seen on May 10th of last year when he lost a spirited bout against Bermane Stiverne.

Arreola was the acting swing bout of tonight’s “PBC” series on Spike TV as he faced off against Curtis Harper before the main event between Andre Berto and Josesito Lopez, Arreola’s stable mate.

Harper came out in the first round and put Arreola’s back against the rope and started to tee off. He landed some solid shots on the Hispanic fighter from nearby Riverside, California. Harper rocked Arreola’s head back and forth, but it caused Arreola to do what he does when he gets hit—hit back.

Arreola then rocked Harper with just over a minute left in the 1st. He continued to eat punches and started to turn his back to Arreola in a desperate attempt to avoid further punishment. Arreola began throwing punches in bunches as he smelled blood. Harper was nearly out of it when Arreola landed some pretty devastating punches. Harper was able to survive the round, but he had a difficult enough time just standing.

Harper bounced back in round two and landed the most significant shots of the round while Arreola appeared to punch himself out as we watched his punch output diminish.

Harper found big moments scattered through the next few rounds. He had Arreola hurt in round 4. Arreola smiled through his teeth, and it signaled the effect it had on him.

In round 6, the tide began to shift as Arreola was able to gain momentum, and even though Harper was still landing at times, Arreola was landing the most significant shots.

As Arreola took the pace back in the fight, he was able to use his inside fighting in the 7th when he hurt Harper with a counter right on the isnside. Harper’s legs buckled in that moment, and Arreola had Harper walking backwards for the remainder of the round. It wasn’t completely known whether Harper would survive the round, but he did, and the two heavyweights did the most unexpected thing in the fight and made it all the way to the 8th and final round.

Neither Arreola nor Harper inspired in the final round, and so the fight went to the judges’ scorecards. The unanimous decision victory was awarded with scores of 78-73, 76-75, and 77-74 all for Arreola.

RECAP: Which way is this match going to go!? Neither one is going out without a fight. #PBConSpike

A video posted by Premier Boxing Champions (@premierboxingchamps) on Mar 13, 2015 at 7:26pm PDT

After going the distance in this heavyweight [email protected] celebrates his win over Harper. #PBConSpike #PremierBoxingChamps

A video posted by Premier Boxing Champions (@premierboxingchamps) on Mar 13, 2015 at 8:19pm PDT