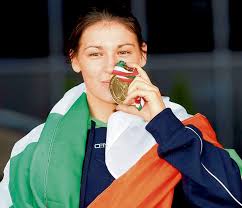 Dubbed as “Pathway to Glory”, the event will feature hundreds of women from various states vying to get one step closer to their dream of representing the United States during the 2016 Olympic Games in Brazil. Local notables include Baltimore’s very own Franchon Crews and Red Lion PA’s Brittany Inkrote.

The opening rounds of “Pathway to Glory” take place on 8th and 9th, with the semi finals and finals slated for the Thursday the 10th and Friday the 11th respectively. Doors open at 6:30 and the first fight begins at 8:15 pm sharp all four days. Complementary tickets for the opening rounds are available on Baltimoreboxing.com. Individual tickets for the semi finals starting at $15 and finals from $25 can also be purchased at Baltimoreboxing.com or by calling 410-375-9175. VIP tables, including complementary hors dourves and the best seats in the house, are available for the finals from $350. The Baltimore Harbor Hotel is located at 101 W Fayette St.

As part of this special multi-day event, Baltimore Boxing is proudly teaming up to help multiple organizations raise funds and awareness for their cause.

On Tuesday and Wednesday, The House of Ruth will be recognized by Baltimore Boxing in association with the Olympic Qualifiers. One of the nation’s leading intimate partner violence centers, The House of Ruth helps thousands of battered women and children find safety and security. Thursday’s organization of honor is the American Breast Cancer Foundation. Established in 1997, the American Breast Cancer Foundation (ABCF) provides financial assistance for breast cancer screening and diagnostic tests for uninsured or underprivileged individuals. In October 2011, Baltimore Boxing donated a percentage of their proceeds from a fight card to the ABCF. Friday evening’s group will be the South Atlantic Amateur Boxing Association, which oversees all amateur boxing in the state of Maryland.

“This is the most excited I’ve ever been for a boxing event, and I’ve been around the sport most of my life,” said Smith, a former prizefighter who has promoted hundreds of shows in addition to training boxers at the Baltimore Boxing Club. “These four days will be memorable for the State of Maryland and City of Baltimore. Fans will not only have the opportunity to see four straight days of action, but they may very well be watching the next Olympic gold medalist. If you’re in or near Baltimore, make sure to come out and see history!”