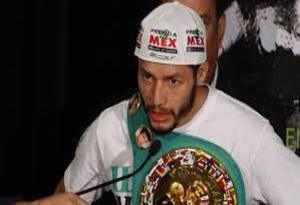 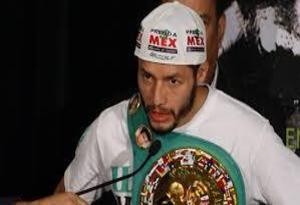 “This will be an attractive fight for the fans as we all know that the sporting rivalry between Mexico and Puerto Rico always generates great battles,” said Gonzalez. “Oquendo is a fighter who always goes forward and who likes to exchange blows. I will demonstrate that I have the desire to return to the top and fight for a world championship. Participating on a Floyd Mayweather event is a great opportunity for me, and I will make the most of it.”

“This opportunity against Jhonny Gonzalez is very important because I will face a former world champion and will be part of a great show headlined by Floyd Mayweather,” said Oquendo. “It’s an honor for me to be part of the undercard of this event. I’m excited to share the stage with my countryman Rocky Martinez, who also has a big fight against Orlando Salido, so there are two wars between Puerto Rico and Mexico. We are training hard to get in top condition for this fight.”

“Boxing fans are in for a great night of action from start to finish with the addition of the Jhonny Gonzalez vs. Jonathan Oquendo matchup,” said Leonard Ellerbe, CEO of Mayweather Promotions. “This will be another chapter in the Mexico vs. Puerto Rico boxing rivalry. I have no doubt that both men will leave it all in the ring on September 12 and live up to the historic event.”

The main event features the final fight in the extraordinary career of boxing’s pound-for-pound king Floyd “Money” Mayweather (48-0, 26 KO’s) as he takes on former two-time welterweight champion Andre Berto (30-3, 23 KO’s) in a 12-round battle for Mayweather’s WBC and WBA 147-pound titles. Mayweather will look to match the 49-0 mark of late heavyweight champion Rocky Marciano and reaffirm his claim as “The Best Ever.”

Two stellar world championship fights will also be included on the pay-per-view telecast.

Roman “Rocky” Martinez (29-2-2, 17 KO’s) will risk his WBO junior-lightweight title in a rematch against the boxer he dethroned, four-time world champion Orlando “Siri” Salido (42-13-2, 29 KO’s). Their first fight in April of this year is considered by many to be a leading candidate for Fight of the Year. In addition, Badou Jack “The Ripper” (19-1-1, 12 KO’s) will make the first defense of his WBC super-middleweight World title against mandatory challenger “Saint” George Groves (21-2, 16 KO’s).

With the Gonzalez vs. Oquendo fight added to the jam-packed SHOWTIME PPV telecast, boxing fans are in for a night of action from top to bottom that features two more additions to the Mexico vs. Puerto Rico boxing rivalry, three world championship fights and the final bout of the greatest fighter of this generation.

One of the best Mexican fighters of this era, Mexico City’s Gonzalez has held world championships at 118 and 126 pounds, defeating the likes of Hall-of-Famer Mark “Too Sharp” Johnson and former world champions Fernando Montiel, Irene Pacheco, and Hozumi Hasegawa along the way. His most recent championship winning performance came via a stunning first round knockout of three-division champion Abner Mares, which earned him the WBC featherweight World title. He would defend the title twice before losing to Gary Russell Jr. but the 33-year-old bounced back earlier this month by knocking out Kazuki Hashimoto.

A top contender from Bayamon, Puerto Rico Oquendo has won 11 of his last 13 fights, including his most recent victory over Gabino Cota in March. The 32-year-old owns victories over Joe Luis Araiza, Eden Sonsona, Alejandro Montiel and top prospect Guillermo Avila. He will fight for the sixth time in his career at MGM Grand when he enters the ring on September 12.