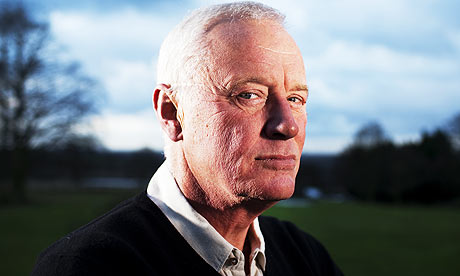 First founded in 1982 by Barry Hearn as the primary vehicle for Snooker on UK television, Matchroom Sports took their first step into the boxing arena in the late 1980’s with the promotion of Frank Bruno vs. Joe Bugner. They continued to put on shows into the next decade and managed to unearth and guide the unforgettable talent of a young Chris Eubank to the apex of the middleweight division, and into some of the most memorable fights ever seen on British shores.

They continued to find new ways to rope audiences in by spawning the successful Prizefighter boxing tournament for Sky Sports in 2008, a format that really captivated the viewing public with quick three-round bouts and serval outings per night for each participant who won. Recently, the exclusive deal between promoter and broadcaster was extended all the way to 2021, meaning any young bruiser hoping to get on Sky has to go through Eddie Hearn, the son of Barry, who displaced his father around 2009.

Now a periphery figure, Hearn the elder still makes the odd appearance in front of the cameras, though he is far less visible than he was in the 1990’s. He traveled to California last year and was in the ring to see Kell Brook lift the IBF World welterweight title, and was seen in Carl Froch’s dressing room before he knocked out George Groves in front of 80,000 people at Wembley in May 2014. Eddie Hearn maintains he is an important source of reassurance and advice for him as he continues to grow the company.

Since he is removed from the hectic world of promoting, Barry Hearn now has the chance to sit back and contemplate over which fights he would like to see next. He told SkySports.com the proposed match between the UK’s premier super-middleweight Carl Froch (33-2, 24 KO’s) and WBA Super World middleweight champion Gennady Golovkin (33-0, 30 KO’s) is one that particularly whets his appetite.

“I would love to see the fight. Obviously Carl Froch is a friend; he’s a great ambassador for British boxing and a superstar.”

“I think Gennady Golovkin is one of the great talents at middleweight. Now will he take that power into super-middleweight, where Froch is such a dangerous animal? It has all the ingredients of a great fight.”

Golovkin’s power is his prized asset as a fighter, and it has set him apart from his contemporaries and made him into a unique attraction over the last three years. The same rings true for Froch with his toughness and durability; his ability to absorb punishment and push through to win fights against elite opposition is quite remarkable. These two men possess individual talents that could viably combine to make for a truly amazing spectacle.

Hearn feels the event could well replicate the kind of atmosphere we saw for Froch vs. Groves II.

If it all came together we, the viewing public, will no doubt be treated to one of the more brutal contests we are ever likely to see. Golovkin has stated his willingness to get the fight on. But with Froch coming off a twelve-month reprieve as of this writing and having made several hints at retirement, we can’t be sure how committed he is to signing any contracts just yet.

Hearn weighed up the situation as he sees it.

“Would he be tempted by Golovkin, which is obviously the toughest fight out there for him? Even the (Andre) Ward fight is easier because he doesn’t hurt you, he’s just very skilful. The (James) DeGale fight is a tough one for him again. All those things come through your mind, and it comes down to money as boxing always does.”

A Golovkin fight would definitely produce the most profit. It would not be hard to sell this one to the masses. It would easily be the most entertaining of the three just because of the way in which both men fight; walking straight forward and throwing hard punches.

A rematch with Ward is also intriguing but after their 2011 meeting ended in a lopsided points win for the American, a rematch would serve as a decent replacement for the Golovkin fight if it couldn’t be made, but would not take precedence over it.

Even a bout with James DeGale, who just picked up the vacant IBF super-middleweight title Froch was stripped of over the new year, could be sold as a ‘young lion vs. battle-hardened warrior’ kind of situation. But we have seen a similar affair with Froch vs. Groves, and DeGale could not hope to reproduce the unexpected heights that rivalry reached, even with his new title.

So, the Golovkin fight represents a daunting challenge (and presumably the right kind motivation) for Froch and would likely generate the most cash. Golovkin has said he would travel to the UK to make it happen, and there are no inter-promotional issues that may waylay proceedings. It will also serve to quieten Golovkin’s critics who say he has yet to fight anybody of real substance, which is unbelievable when you examine his record.

We will see if Froch, at thirty-eight years old, can take whatever bombs the biggest puncher in the sport can detonate. If he can bite down on the gum shield and fire back with clusters of his own, growing his strength and momentum as the fight wears on, or whether Golovkin can dig in one of those sickening body shots and fold Froch to the canvas early on, or if he gets flustered and frustrated when faced with a stone-faced monster that will happily eat his shots. To the old boxing gods and the new, please make this one happen.

One reassuring sign is that Barry Hearn is indeed showing his support for it to happen, which would seem to indicate that the whole Matchroom team are pulling for it, too.