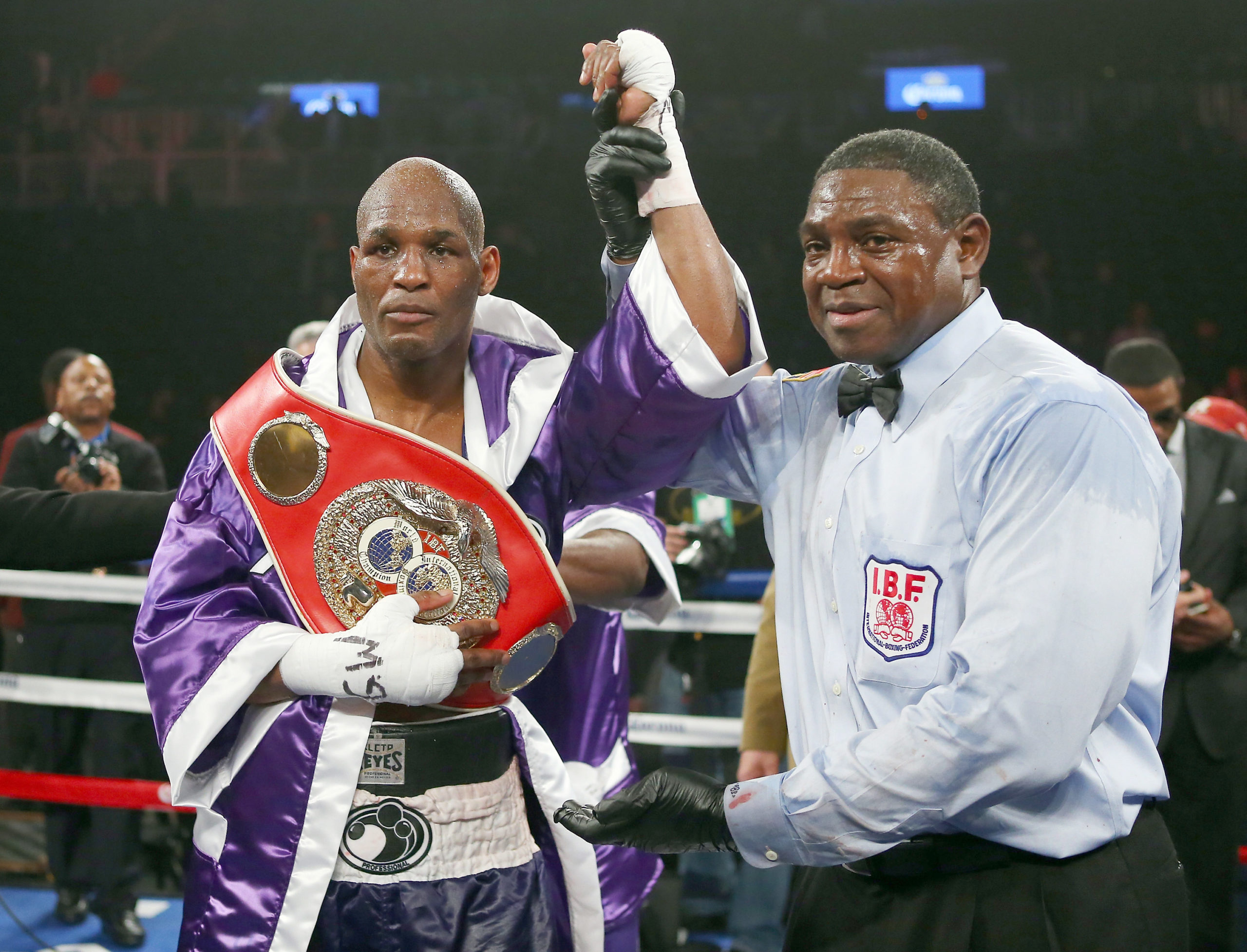 “History at the Capital” is what Bernard Hopkins’ next fight with Beibut Shumenov is being billed as. Hopkins has made history in almost every decade (3), that he’s been in the sport. From being the undisputed middleweight champion of the world and upsetting Felix Trinidad, to being the oldest boxer to win a title and defend it, he’s chasing history again.

Hopkins wants to be the undisputed light heavyweight champion and unify all the belts. The path is foreseeable with a unification bout with Shumenov, than a showdown with newly signed Al Haymon client and Showtime fighter Adonis Stevenson, who is the man at 175. First up is the business at hand with Shumenov, someone he is giving his full focus on.

“I understand (Shumenov) he has an amateur pedigree. He understands the big stage; he understands the championship level without having a title at the time. I’m not overlooking my opponents. That’s the blessing and motivation I have, because I know both sides of being overlooked and knowing not to overlook my opponents,” Hopkins said on a media call this afternoon.

For a while not much was known for Hopkins since the mass exodus from Golden Boy out of HBO. With most of the fighters at 175 being on HBO, especially Stevenson and Sergey Kovalev, it was unclear where the next big fight for Hopkins would come. Then Stevenson took his talents to Showtime and now Hopkins has a dancing partner and knows that will be the talk of the fight.

“First its Shumenov, it’s (Stevenson fight) going to be mentioned by the commentators and everyone else. It’s out there, the Stevenson’s talk. It’s a win-win for the fans of boxing. People want to see the 1 guy who has the title being the man who beat the man. I’ve been here before. I have a track record to having the itch to have 3. When you get to the 4 or 5 then it’s just extra icing. At the end of the day Stevenson made it clear, he wants to fight for all the belts and me,” stated Hopkins.

It was interesting to note that Hopkins stated that there are 3 belts and sanctioning bodies that he holds in high regard, the WBC, WBA, and IBF, conveniently leaving out the WBO maybe? That belt is held by Sergey Kovalev, a guy that Hopkins said declined to fight him.

“I’m definitely energized to become and undisputed champion. This is the pre-climax to the climax. I wanted Kovalev but he went for Nathan Cleverly, good move by his management. But with the way things are going, now I can unify then become the undisputed champion.”

Hopkins has been around long enough to know about politics and know that becoming and undisputed champion isn’t something that comes easy.

“If I had a crystal ball, every division would have one champion. That’s self-explanatory, its boxing and its politics. My agenda is to where I stand in history and that’s why I’m doing my work now so I can enjoy later.  Even though they say I’m the favorite, I train as the underdog; I train as a 10-1 underdog even though I’m favored.”