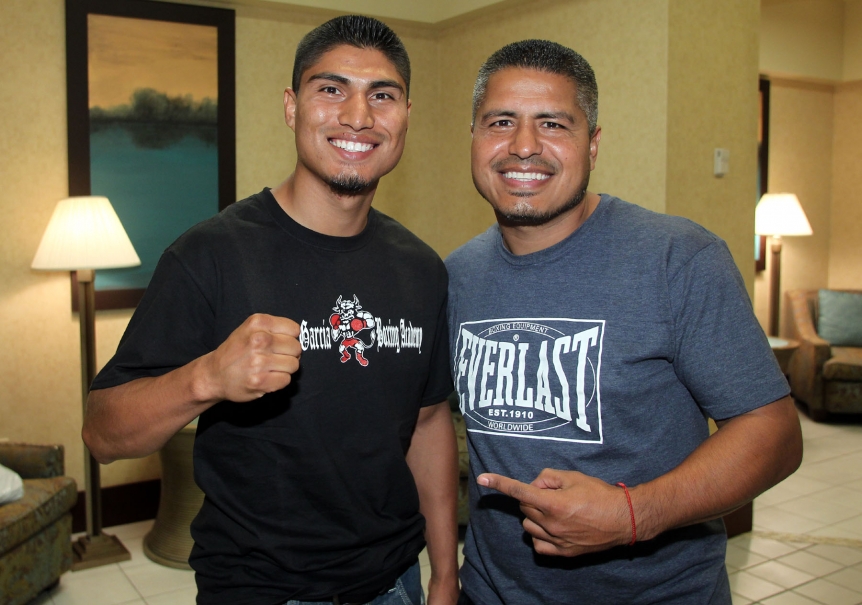 Robert Garcia by many accounts and websites was the trainer of the year for 2013. Included in his very deep stable is his brother Mikey, who is coming into his own as a prizefighter. However, after earning a decision this past January over Juan Carlos Burgos, Mikey finds himself with an uncertain HBO date and opponent.

Yuriorkis Gamboa was thought to be a candidate as he even jumped in the ring that night to talk to the Garcia’s about a possible fight. Through manu rumors and twitter battles, the fight could not be made for whatever reason be it money or Bob Arum not wanting to work with Gamboa.

Then there is the highly regarded, yet less known Japanese fighter Takashi Uchiyama, who was turned down by HBO as an opponent. Robert Garcia is confident Mikey will get a big fight but its not up to him to pick the opponent or what date.

“Mikey is always staying in shape and in the gym. We have Cameron Dunkin and Bob Arum and that’s their job to get things done. I don’t call the shots to go to HBO, that’s Bob and Cameron job. We’re just waiting and we’ll be ready,” Garcia told ThaBoxingVoice.com

As for any preference in the opponent, Garcia went with the cliché, Mikey will be ready for anyone.

“It doesn’t matter who it is whether its Gamboa or Uchiyama. Mikey has proven he is one of the best fighters in the world. I think Mikey is on a level now where he could demand a little more and I think that’s what Bob Arum and Cameron are working on right now.”