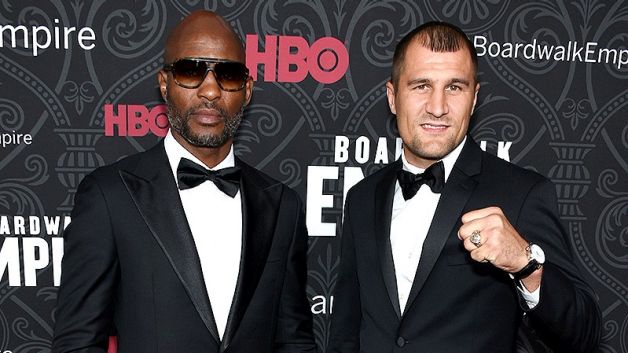 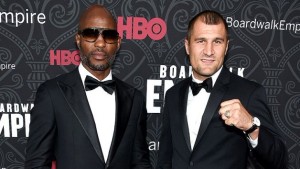 March 5, 2015 – Ring legend Bernard Hopkins, who knows a thing or two about the light heavyweight division, will be ringside on Saturday, March 14 at the Bell Centre in Montreal working as the expert analyst for the HBO World Championship Boxing® telecast. Hopkins will work alongside Jim Lampley, Max Kellerman and Harold Lederman.

The live tripleheader (9:45 p.m. ET/PT) is headlined by the 2015 ring debut of light heavyweight champ Sergey “Krusher” Kovalev defending his title belts against the formidable Jean Pascal. Hopkins has faced both of these elite fighters in the ring. Bernard fought Pascal in Quebec in 2010 and 2011, registering a majority draw and a win. He lost a unanimous decision to Kovalev last November in Atlantic City in one of the year’s most intriguing events.

“We are delighted to have a personality as engaging as Bernard Hopkins filling in on such a terrific and important fight card,” said Rick Bernstein, executive producer, HBO Sports.

The telecast opens up with a light heavyweight bout between Isaac Chilemba and Vasily Lepikhin followed by the evening’s co-feature an important heavyweight tilt between Vyacheslav Glazkov and Steve Cunningham.