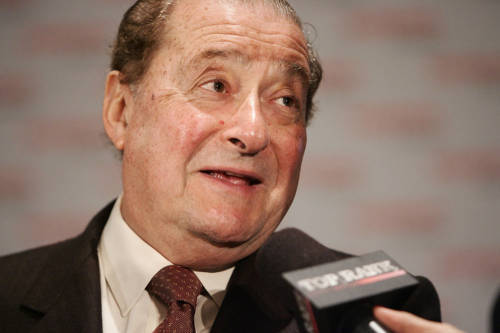 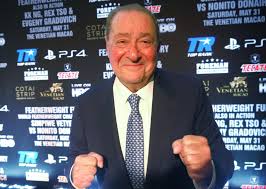 Newly crowned WBO Junior Welterweight Champion Chris Algieri appeared to hit the lottery on June 14th after he upset the Russian slugger and former champion Ruslan Provodnikov. Now he finds himself in a mega fight against Filipino icon Manny Pacquiao on November 22nd in Macao, China.

Many of us thought that after Pacquiao beat Timothy Bradley this past April, that he would attempt to close the chapter on his saga with Mexican legend Juan Manuel Marquez and fight him for a fifth time in an attempt to erase that devastating knockout loss he suffered back in December of 2012. “Marquez indicated to us that he wasn’t prepared to fight Pacquiao at that point so we didn’t consider him in the plans in November. We were looking instead at Provodinkov and once Provodinkov got beat by Algieri. We went to Algieri because he beat Provodnikov in the ring,” Pacquiao’s promoter Bob Arum explained. He also went on to say, “Marquez is going to fight somebody in Mexico this fall or winter and hopefully we can put him in with Pacquiao next year.”

Another one of Arum’s fighters, Brandon Rios was in action last Saturday. Rios was involved in a very entertaining but foul filled encounter with the rugged hard hitting Argentinean Diego Chaves. Chaves was ahead on two of the three scorecards before being disqualified in round 9. It would seem that a rematch would make perfect sense given how entertaining the fight was and also because of the controversial way that it ended. Arum isn’t totally opposed to that idea.” Well it depends on what the fighters want but Chaves showed that he was a really good fighter and we might elect instead to put him in with Timothy Bradley this winter.”

If Rios decides to go in another direction, another great option for him would be Ruslan Provodnikov. Given the two styles involved that looks like a match made in heaven. “That’s one of the things that we will be talking about for November,” Arum claimed.

Top Rank is seemingly finishing this year out pretty strongly with some pretty intriguing matchups but it doesn’t stop there, Arum is already looking ahead to next year and one potential match-up that he has mentioned is Julio Cesar Chavez Jr. vs. WBC and WBA Super Middleweight Champion Carl Froch. Given Chavez’ volatile history, one has to wonder if  he will be totally on board with the fight. When asked if he was concerned about Chavez’ total commitment to the fight Arum responded, “Chavez beats to the tune of his own drummer, so it’s very, very hard to predict what he is going to do. He might indicate that he is interested in a particular fight and then over a period of time his interest wanes so I really can’t answer that.”

We have all heard Floyd Mayweather mention that he has a big surprise planned for next year after his fight with Marcos Maidana on September 16th in Las Vegas, which leaves most of us wondering if that big surprise could mean a mega fight with Manny Pacquiao. Arum chimed in with his thoughts.” I think that a Pacquiao- Mayweather fight is unfinished business for both of them, and I would think that next year would be the appropriate time for that fight to happen but again I don’t know what Floyd is thinking.”