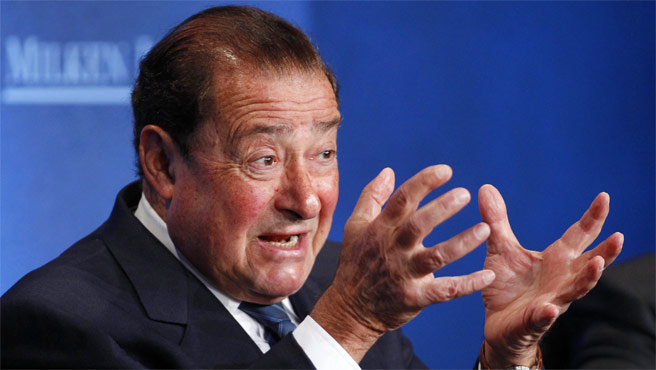 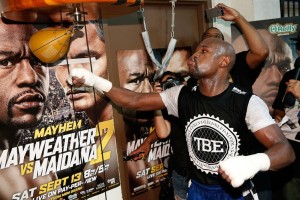 Floyd Mayweather Jr and his famously bristly ego are sure to have responded well to Top Rank founder and CEO Bob Arum’s accusations. Arum thinks that Floyd is the only person delaying the completion of a deal that would pit himself against Pilipino megastar Manny Pacquiao.

In an article written by Vincent Paul Hidalgo on au.ibtimes.com, Arum is quoted as having explained the situation as he sees it at this stage in the game.

“Everybody knows that Manny accepted the terms that were negotiated for the fight, including CBS and his management with Al Haymon, but Floyd Mayweather once again throw the fight because he’s a chicken.”

Mayweather used to be signed to and promoted by Arum until he left approximately eight years ago to take over the reigns of his career and start his Mayweather Promotions company. For his part in all this, Mayweather has repeatedly pointed to his former boss as the only thing derailing the Pacquiao fight; an event sure to garner untold millions for anyone even slightly involved in its realisation.

The separation process between Arum and Mayweather was clearly a bitter one as both have been constantly making inflammatory remarks about the other over the years that followed. In that light, it is best advised, that you take a hefty handful of salt if you hear something about Arum from Mayweather or vice versa. Now, in this case, the aged lawyer may be telling the truth. According to Hidalgo;

“Arum has been on the negotiating table for a month with other key personalities such as Mayweather’s chief adviser Haymon, HBO’s Richard Pletter, and CBS’ Les Moonves. They have been trying to put up a fight that will be co-presented by the two television giants much like the way they held the Lennox Lewis and Mike Tyson match in 2002. Pacquiao’s side has agreed to most of the terms of the fight including the 60-40 revenue split, venue, date, drug testing and boxing gloves specifications more than a week ago.”

Notice how the quote says ‘Pacquiao’s side have agreed to most of the terms’, not all. But if we are to accept that the only thing absent from the almost-finished proceedings is Mayweather’s signature. Then the unbeaten (and if you ask him, unbeatable) grandmaster from Grand Rapids is avoiding finalising the deal at this time.

But to me that isn’t the same as ducking him. Mayweather has two fights remaining on his current deal with Showtime. Providing he wins both his record will stand at 49-0 and he will be a free agent able to auction off his services to the highest bidder should he wish to do so. And is there a meatier morsel to tempt a potential buyer with than a Pacquiao fight? If Pacquiao can keep a clean record between now and then, the allure of that fight remains the same in one year’s time as it is today. It is Mayweather’s penchant for making power-plays, combined with his sublime confidence and ability that makes me hesitant to call him a chicken, or a duck, or any other farmyard animal whose name equates to cowardice. To me it is much more feasible that he is trying to finish his career off according to his grand scene, no one else’s.