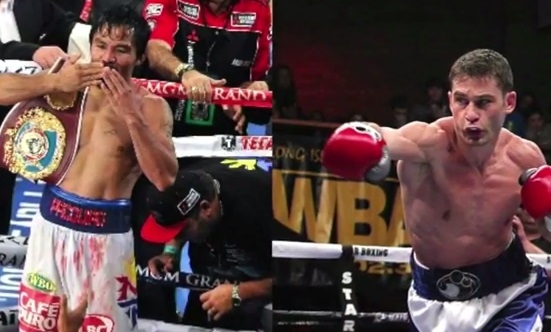 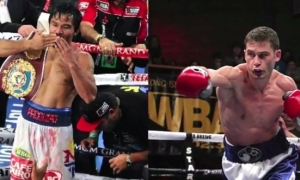 The exciting news of Pacquiao’s bout comes on the eve of Mayweather’s blockbuster showdown with Argentine banger Marcos Maidana this Saturday night, live and exclusive on boxing’s undisputed number one channel.

The addition of the ‘Fighter of the Decade’ Pacquiao, however, sees boxing’s two biggest names added to an unbeatable schedule, which also features ‘The Alien’ Bernard Hopkins who is looking to continue his unification of the light-heavyweight division against the fearsome Sergey Kovalev at nearly 50 years of age.

‘Pacman’ is not expected to have things his own way when he faces Algieri, who shocked the boxing world with his masterful and courageous victory over the unrelenting Ruslan Provodnikov in June to capture the WBO light-welterweight title.

The duo will lock horns on November 22nd at the Cotai Arena in Macao, with boxing’s only eight-division world champion Pacquiao defending his WBO welterweight title against the slick New Yorker, who has a record 20 wins in 20 fights.

“You saw Algieri’s last fight against Ruslan Provodnikov. He showed his toughness and he fought good so he deserves this fight. I don’t want to underestimate my opponent,” said Pacquiao, who is coming off an impressive win over Tim Bradley.

“I have to prepare myself 100%. It’s been a while since the fans of Manny Pacquiao have seen the killer instinct like when I fought Cotto, Margarito, de la Hoya, Hatton, and that’s what I’m trying to show in this fight.

“All I can say to his team is train hard and I will train hard so that we can give a good fight and we can entertain people,” added Pacquiao.

Algieri too is in buoyant mood ahead of next month’s showdown and can’t wait to get in the ring to prove he is amongst boxing’s elite.

“We’ve got two champions fighting each other. It’s not something you see very often, especially nowadays you see a lot of guys trying to hold on to their records, hold on to their titles and we’re not afraid to fight the best,” said Algieri.

“I think we need more guys in this sport doing that who aren’t afraid to take challenges and take risks,” he said.

Jim McMunn, Managing Director at BoxNation, said: “Floyd Mayweather and Manny Pacquiao are the two biggest names in boxing. They might not be sharing the ring with each other but we’re delighted that they will be sharing the same platform on BoxNation. So far all attempts to get them in the ring have failed so we’re delighted it’s BoxNation who have finally been able to bring boxing’s two biggest names together!”