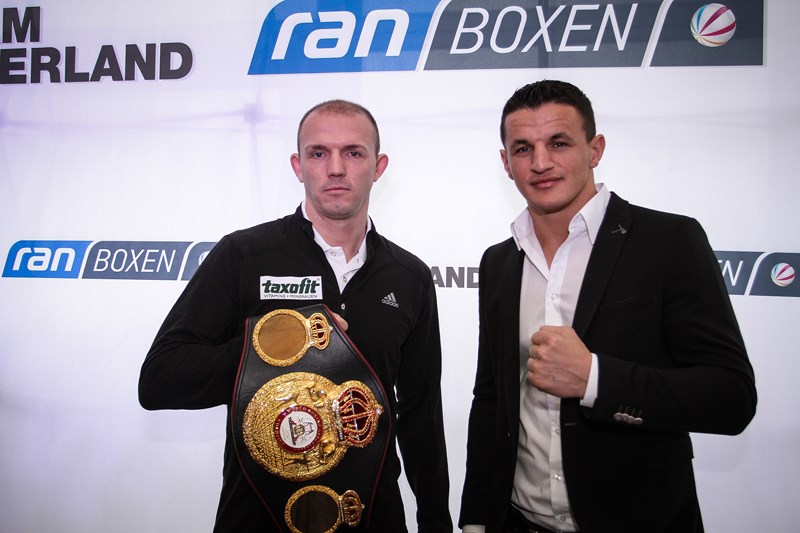 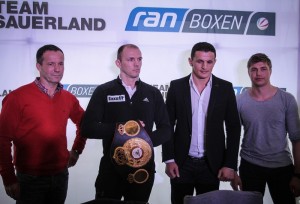 ‘The Moment of Truth’ as WBA World Light Heavyweight Champion Juergen Braehmer (45-2, 33 KOs). Takes on the WBA number one challenger Robin Krasniqi (43-3, 16 KOs) in an all-German showdown at the StadtHalle in Rostock.

Ahead of their world championship clash, the two fighters came face-to-face at a kick-off press conference yesterday in Warnemuende, just a few kilometers away from the arena, where the fight is going to take place.

The Champion, Braehmer appeared in a confident mood, as he prepares to return to the ring following his record-breaking 55 second knockout of Pawel Glazewski in his last world title defense.

“Krasniqi has earned his shot,” said the 36-year-old southpaw. “He is number one in the WBA rankings. I’m happy to prove myself against him in this domestic showdown, which will have all of Germany talking. I will as always prepare to for the full 12 rounds, but if the opportunity arises, I will not hesitate to make it another early night.”

Krasniqi is respectful of the champion’s status but remains eager to claim his first world title and avenge the amateur losses of his coach Dirk Dzemski.

“It’s a big honor to share the ring with a prolific fighter like Braehmer,” said the Munich-based boxer. “He was already a top-notch boxer, when I started my professional career. It would mean a lot for me to win and claim my first world championship against him. Especially as my coach Dirk Dzemski was beaten twice by Braehmer in the amateurs – I will avenge those losses for him.”

Promoter Kalle Sauerland has labeled the domestic world championship clash as the “Dawning of a golden era for German boxing”, and is looking forward to a memorable encounter at the StadtHalle in Rostock.

“On March 21, we have the WBA World Champion against the WBA number one. This is a chance for Juergen to prove why he belongs at the top. Since his comeback in early 2013, Juergen has excited the masses with his performances. Last time around, he set the record for fastest KO in a world title fight in light heavyweight history. In Rostock, Braehmer will show his class inside the ring once again.”