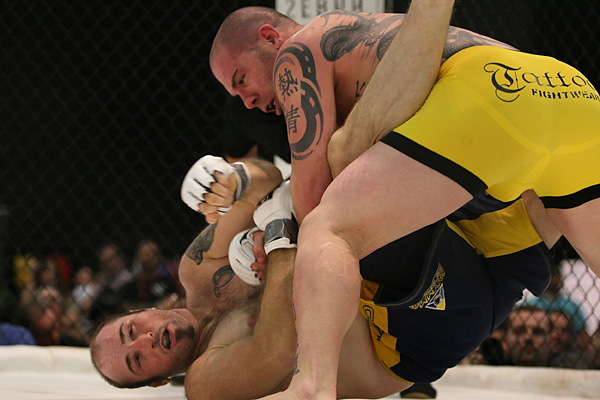 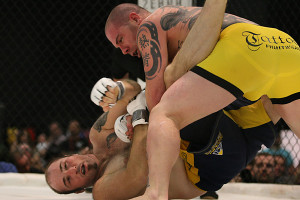 THIS Saturday, September 26, at Veterans Memorial Park (In between the Sea Shell & Engleside Resorts) at Engleside Avenue at the Beach in Beach Haven. New Jersey, A terrific card of boxing will take place beginning at 5:30 PM

In the anticipated co-feature, “Brutal” Brendan Barrett takes on Satario Holdbrooks in a heavyweight bout scheduled for four rounds.

Barrett of Little Egg Harbor, New Jersey is a popular figure around the Beach Haven/Long Beach Island area due to him being a six-time MMA Heavyweight champion.

Barrett has carved out a terrific MMA career but has always had the itch to become a boxer.

Barrett has experience in the squared circle as he has a draw in a fight that he took part in 2006.

“When I took the first boxing fight it was just to do it and to stay active. My main background was wrestling, but every time the bell rang I just wanted to throw punches. Years ago I would watch The Contender and see how the boxers were portrayed as professionals and respectful athletes compared to some of the other fighting reality shows of the time. I started learning more about the history and legacy of boxing and became more and more interested in the sport.

“I was already an established MMA fighter when I took my first boxing fight. I went out to Pittsburgh to train for a second boxing fight but several opponents fell through, and the show was eventually canceled because of a snowstorm.

“After that fight fell through I was offered another MMA fight, for the first time at HWT, with an opponent that declined to fight me as a last minute replacement against him on a fight he was scheduled for. Months later he called me out now wanting to fight. I took that rather personally, so I went back to MMA to fight him and won.

“After that, I started getting a lot of offers to fight at HWT in MMA and since became a six-time HWT Champion across four different promotions, yet still wanted to box again.”

Barrett started the company H.I.T.M. Promotions, which stand for History In The Making, because he was tired of waiting for an opportunity in boxing, and also wanted to help other fighters further their own careers.

“I’ve sacrificed so much and dedicated myself for so long that I felt it was time to take control of my own destiny. No matter how hard I work or how prepared I am, I was always left waiting for an opportunity. Having my own promotional company removes the waiting. I can now fight on other shows, or my own and keep myself active.

“I started H.I.T.M. Promotions not to be a promoter, but to be a fighter. My focus is completely on this Saturday, but in the back of my mind I am already thinking about promoting another show. This is basically the most pivotal fight in my career. Not only am I transitioning back to boxing, but it is my first fight back from an injury to my hand that should have ended my career.

“On top of that, it is the first show my company has ever promoted. I felt that holding this fight in Beach Haven was a great way to do something different and special to the local community and to give back to a place that I have gotten so much from.”

So when asked if this is the end of his MMA career, Barrett is open to anything.

“I honestly haven’t thought much about MMA. I truly want to keep boxing, but I haven’t completely shut the door on MMA.”

Barrett said being a fighter and a promoter has not been easy as he embarks on his 2nd appearance in the ring.

“It has been difficult dealing with all of the phone calls, emails, and planning, all while trying to prepare for a fight. There have been times when I was doing my morning cardio on, and I would be on the phone while working out handling business. As the fight got closer, I had to force myself to take more time to train and prepare myself. It was hard to stay focused at times because my opponent kept changing, and when the last one fell through, and they mentioned Holdbrooks, I just said yes so I could fight.

“I am honored to have the talent the we have on this card being that this is our first show. I feel blessed to fight in my backyard of Long Beach Island, and this should be a great night of action.”