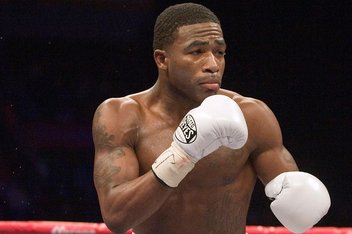 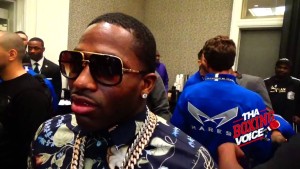 PBC on NBC was a rating success garnering an average of 3.4 million viewers and peaking at 4.2 million viewers at the last half hour of the telecast during the Robert Guerrero-Keith Thurman main event. While that fight delivered on some action, the fight many people thought was going to have a lot more action was Adrien Broner-John Molina.

Broner outboxed Molina for 12 rounds. The guy that usually brings the action in Molina was unusually inactive and that made the fight boring to some fans. But Broner said he got his job done, and a win is a win.

“Some fans don’t know boxing,” Broner told ThaBoxingVoice.com. “All they know is get your face beat in or knock somebody out or get knocked out. That was intelligent boxing, high-level boxing, high-class boxing; there’re levels to this.”

While many fans thought Molina wasn’t being active on his own accord, Broner begged to differ feeling like it was the way he fought that made Molina inactive.

“It wasn’t really that,” Broner said. “It’s what I was doing and the way I carried myself in the ring tonight. I did what I had to do. We had a great camp. We know what we were coming to do, and we perfected it.”

So what was different this time than the normal flat-footed stand in there and trade with you Adrien Broner?

“I don’t know,” Broner answered. “My focus in this camp was just through the roof with everything. Me and my coach had some one on one talks, and we went to work.”

As far as grading his performance, Broner says he’s got to see the fight first before he can do that,

“I can’t grade nothing that I didn’t see from the outside but I’m my worst critic so I always feel like I could have done better. But you know I have to see the fight to give myself a grade. “