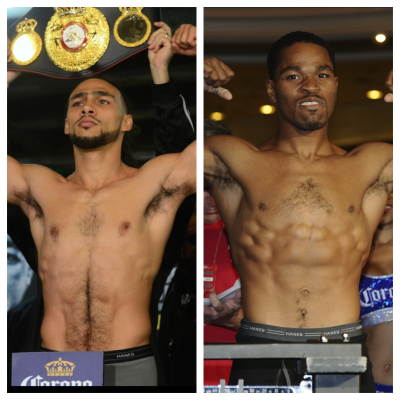 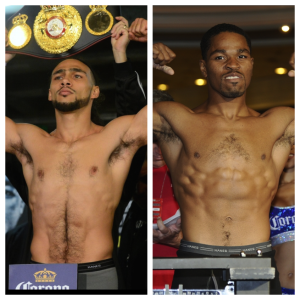 Former IBF World Welterweight Champion Shawn Porter has a history with Roberto Garcia. Porter (24-1, 15 Kos) and Garcia (36-3, 23 Kos) are said to be good friends outside the squared circle. We can expect none of that to be exhibited on Saturday March 13 from the Citizens Bank Arena in Ontario, California as the debut of Premier Boxing Champions on Spike TV hears the opening bell, with fights beginning at 9.p.m. ET/6 p.m. PT.

With the vigorous portions of training complete for the fight, Porter attended the debut for Premier Boxing Champions on NBC at the MGM Grand in Las Vegas on 7 March. The fights featured former three-division world champion Adrien Broner taking on John Molina and the hard-hitting Keith Thurman taking on the resilient Robert Guerrero in defense of his WBA Welterweight title. Overall, Porter thought it was a successful night for boxing and the fans.

“I thought both fights were action-packed. I got what I thought I was going to get. I hope the crowd got the same. It was a great way to open up on NBC and all the fight fans out there in America”, said a sharp Porter as he was sporting a gray suit.

Before the fight, Keith Thurman received a lot of praises and a lot of hype in the media. Thurman delivered for the fans. He dominated a majority of the fight and even managed to drop Guerrero in the ninth, who had only been dropped once in his professional career. With a smile, Porter said that a fight between him and “One Time” Thurman is going to happen.

“Everybody is waiting on it. It’s going to happen. I will tell you that it will happen. I don’t know when. It will all work itself out at some point eventually, but that fight will happen.
Porter also had a message for the boxing fans that were disappointed in Thurman’s previous performance against previously undefeated 40-year old Leonard Bundu.

“I will say that he did a great job tonight. Anybody that was disappointed in his previous fight, I think he came back, and he showed his true self. But, he also had praise for Thurman’s opponent, Robert Guerrero, for showing so much heart after taking a hard knockdown in the ninth round and continuing to hunt Thurman down.

“Robert Guerrero continued to go after him no matter what. With his back against the wall after being put down on the canvas, he did a great job. Both those guys did good tonight.”

Guerrero had never been dismantled the way Keith Thurman dismantled him on 7 March. Floyd Mayweather Jr. beat him decisively in September 2013, but not with the power of Thurman. Sitting ringside, Porter was already formulating a game plan in case Thurman-Porter is made down the road, but also opened the door for a possible fight with Robert Guerrero.

“Even during the fight, we were conversing on what we would do. That’s all you got to do. You got to take a look, learn, be a student, and come in there and capitalize on anything you learn, so that’s what we’ll do with either one of those guys. I still think Robert (Guerrero) got in there, and he showed he can still fight with the big dogs. He went in there against that young head, and he showed that he’s still got it, so I’d get in the ring with him too.”

The topic of Porter’s future game plan came back in the foray. While Porter didn’t go into specifics about the flaws he noticed in the ring on Saturday, when asked if he noticed anything he could take advantage of, Porter agreed.

“Any fight, even Mares. That’s just how I am. I watch one fight, and I wish it was me in there fighting and I’m seeing what I can do against those guys, so it’s just as simple as that. If those fights get made, we’ll go to the drawing board, whoever it is, and we’ll figure it out.”

This could give Porter a splendiferous advantage in his fight against Roberto Garcia. Speaking of watching and learning from other fighters’ flaws. It seems like common sense that Porter has had the opportunity to watch Garcia over the years as he was helping “Showtime” prepare for fights against Julio Diaz and Kell Brook. 13 March will prove how much Porter has assimilated and how fast he can get himself back into world title contention.