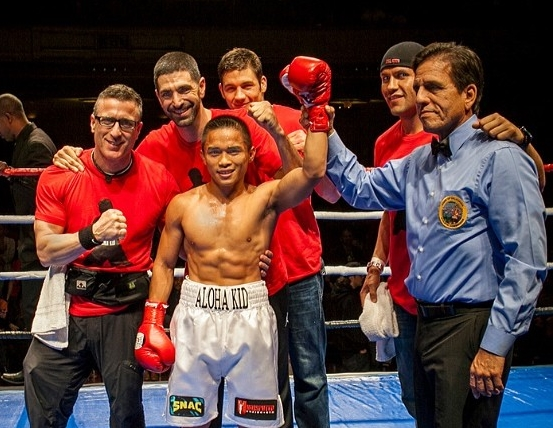 After making his 2014 debut a few weeks ago, a non title bout where de destroyed Lorenzo Trejo in one round, Escalante now faces his most dangerous opponent to date in Ruiz. A focused Escalante, who resides in Redwood City California by way of Cebu, Philippines, knows he’s in a tough fight, but feels confident he’ll come out victorious.

“Ruiz has a lot of power so I will have to be very alert with every punch he throws, said Escalante.”These are the type of fights that bring out the best in me.  I’ve worked really hard to get to this point and I’m not going to fail.  I’m going to dictate the tone of this fight and show Ruiz that I mean business.”

Ruiz, of Tijuana, Baja California, Mexico, has won nine of his last ten bouts.  His most recent win came against Jaime Diaz, back in September of 2013.  Although he hasn’t faced the level of competition that Escalante has, Ruiz promises to bring the fight to Bruno.

Escalante is riding a 7-fight winning streak.  His confidence is at an all time high as he looks to continue on his path to a major payday.  A win against Ruiz will get him closer to a big-time fight.

“I have dreams of making it to the top,” Escalante continued. “A victory against a tough opponent like Ruiz will get me one step closer to that big fight.  My trainers Brian Schwartz and Mike Bazzel have a nice game plan that I will execute.  I’ll be ready for anything Ruiz brings.  The time is now to step up my game and take my career to the next level.”

This bout is being promoted by Don Chargin Productions & Paco Presents. Tickets priced at $65, $95 and $125, are on sale now and can be purchased at cachecreek.com, tickets.com, and pacopresentsboxing.com.  The weigh-in will take place at Cache Creek Casino Resort on Friday April 4 starting at 3 p.m.