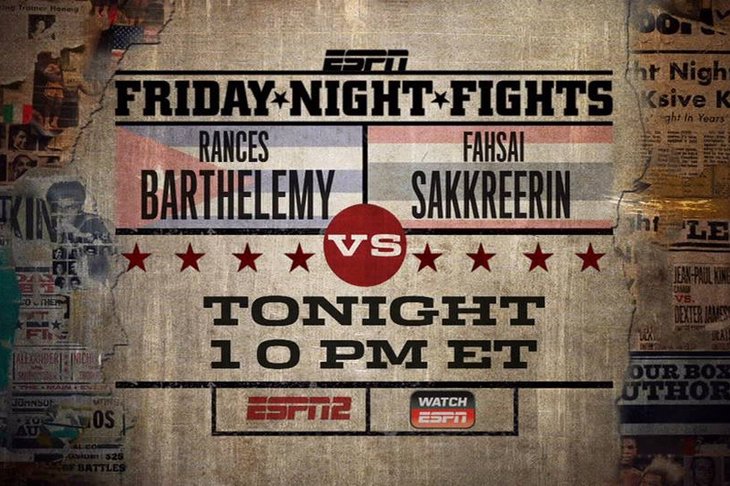 Much like last week’s broadcast, the June 21st edition of ESPN’s Friday Night Fights series proved to be as exciting as it was brief.

In the opening bout of the broadcast, Don George (24-4-2, 21 knockouts) took on hometown favorite and relative underdog, Caleb Truax (22-1-1, 13 knockouts) in a bout that many predicted would be the fight of the night. To no surprise, the contest proved to be just as exciting as many expected, but the result was the real surprise. Going into the bout, it was assumed that George would overcome Truax in a regularly dominant fashion. Instead, it was Truax who managed to put on the dominant performance as he managed to control the fight from bell-to-bell.

After a one-sided first round that saw Truax utterly dominate the seemingly helpless George, the thought was that George would eventually manage to bounce back with some pressure of his own. This never turned out to be the case. Instead, George was left with his shots either missing or being mostly blocked, while Truax seemed to land power punches and combinations at will.

Making matters worse was the fact that George wasn’t relying on the use of any head movement, add this in with the fact that Truax was the much more technically sound boxer of the two and it was easy to see why Truax was able to land as many shots as he did. No matter how hard he tried to make up for the early deficit, George would always find himself as the wrong end of a brutal combination by Truax. With an arsenal of jabs, power punches, and brutal body shots, it was easy to see that the end was near for George who was seemingly hurt in each round.

The damage eventually proved to be too overwhelming for George in the 6th round and Truax managed to forge George along the ropes and eventually drop him with a brutal combination. This led the referee to ten count, but it was obvious that George wasn’t going to be getting up. This proved to be the big career win that Truax needed, while also serving as the biggest set back to George’s professional career. Although both fighters will probably remain fixtures on Friday Night Fights, it will be interesting to observe the different directions each of their careers manages to go following this bout.

Luckily for the both in attendance and at home, the main event proved to be just as exciting as the opening bout. In a junior lightweight bout, Rances Barthelemy (19-0, 12 knockouts_ tooks on Fahsai Sakkreerin (39-3-1, 21 knockouts) in what was scheduled to be a 12-round contest. Although both fighters weighed in without the same limit, it was hard to ignore the disparity in height between the two fighters. In the opening round, it was the 5’11” Barthelemy who was able to control both the distance and the pace at which the bout was fought against the 5’3″ Sakkreerin.

Sakkreerin tried to make up for the height difference by charging forward and throwing haymakers with the hopes that one would eventually land flush. Instead, Sakkreerin came forward but was imediatley greeted with a stiff jab that left his battered and frustrated during the duration of the bout.

After an opening round that saw Barthelemy outright dominate Sakkreerin with a telephone pole-like jab, Barthelemy began introducing body shots to the gameplan. It was these blistering quick and stinging body shots that would ultimately force Sakkreerin to drop to his knees midway through the second round. The shot was effective enough that Sakkreerin wasn’t able to rise in time to answers the ref’s ten count.

Unfortunately for Sakkreerin, this loss may prove to be the last time he’ll reach national exposure on American soil. For Barthelemy however, this KO win may prove to be just the type of victory Bartelemy needed at this point in his career. Coming off of a controversial “gift” decision in his last outing, Barthelemy may have finally proved to his detractor’s that he may in fact be the real deal. Although not entirely ready for a title shot, expect to see more from Barthelemy in his journey through the ranks.