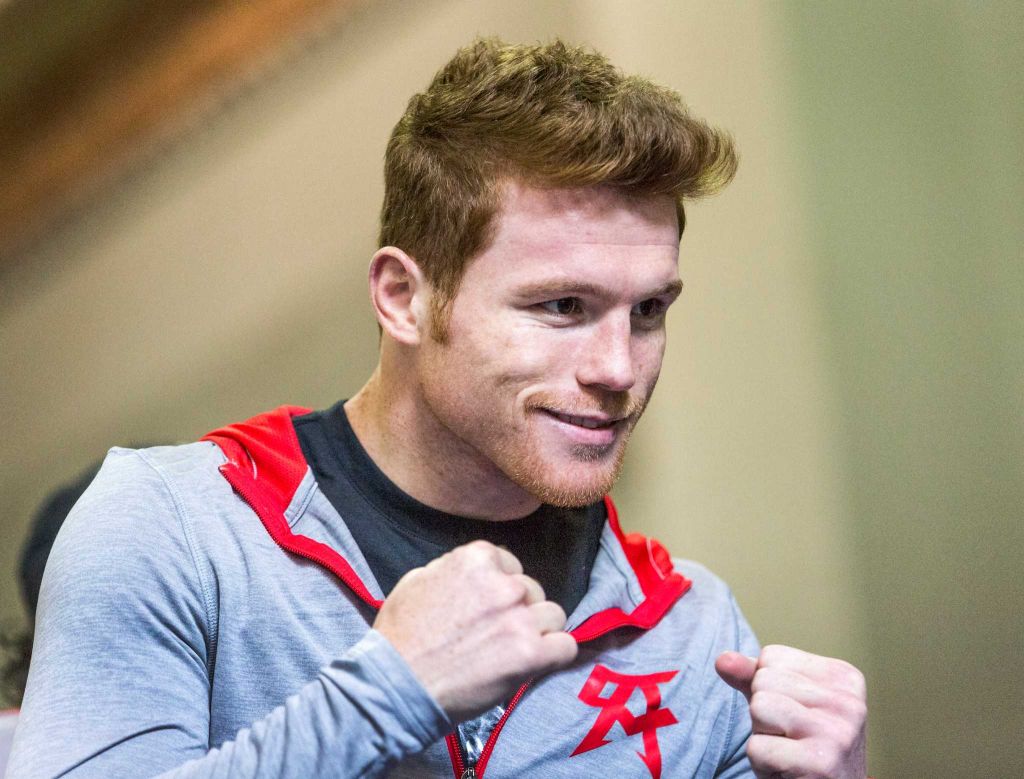 Canelo Alvarez (47-1-1, 33 KO’s) is set to face WBO junior middleweight champion, Liam Smith (23-0-1, 13 KO’s), at AT&T Stadium in Dallas Texas on HBO PPV this Saturday night. Canelo coming off a knockout of the year candidate over welterweight Amir Khan, and Smith is coming off his own knockout over Predrag Radosevic.

Canelo, who recently vacated the WBC middleweight title instead of fighting mandatory challenger Gennady Golovkin, has now moved back down to his former home of 154lbs. For how long, we do not know. Canelo and his team have stated numerous times that they do plan on going to middleweight again but have given no timetable.

Smith, a brother of other notable Smith boxers: Callum, Stehpen, and Paul, is the only one to have a major world title. He won the vacate WBO title from John Thompson and is currently riding high off an 8-fight knockout streak, which is longer than Canelo’s knockout streak of one.

Canelo likes to work in the center of the ring where he has room to work his slick game. He wants space to slip and escape out the side if he feels too much pressure, while also looking for counters and combinations. Canelo has arguably the best head movement out of anyone at junior middleweight. He also has a picture perfect lunging right hook to the body that sets up his other variants of the right hand. Unless Canelo is met with a target that moves better than his does, he usually finds success in his fights early and often.

Smith is the quintessential European boxer: high guard, solid fundamentals, and likes to move forward. Smith wants to crowd his opponent to the rope with his pressure and jab; then work his underrated body blows such as his left hook. His right straight may be his most powerful shot while his jab and body work does most of the heavy lifting in his overall style.

Canelo will need to keep this fight in the center of the ring and find a way to stop the forward pressure of Smith. Smith will need to push Canelo against the ropes and truly test the body of Canelo. Even defensive genius Floyd Mayweather Jr. found a way to put Canelo against the ropes and make him pay. However Smith has one glaring flaw that Canelo could exploit, Smith has an atrocious defense of body shots. His natural European high guard gives an opponent who has great body shots, such as Canelo’s right hook to the body, open access.

What Smith needs to do is: throw the jab out as much as possible and then timeCanelo’s slip with another punch after the jab before finishing with a body shot. That may be enough for Smith to push Canelo back along the ropes, where Canelo has a considerable disadvantage. From that spot, he will need to focus on the body and hope to wear out Canelo over the course of the fight.

What Canelo needs to do to win is use his advantage in strength to tie up and bully Smith in the center of the ring everytime Smith gets too close, and from a distance be his usual self. The slick Mexican style he has created is the kryptonite of solid fundamentals with the subpar defense that Smith possesses. Smith is extremely open to the body and is hittable up top even with the high guard. If Canelo can be at the distance and part of the ring he likes he will be able to slip Smith’s jab and work his combinations as much as he prefers.

This matchup is sure to be exciting and a great indicator of where these two men stand in terms of the division and future possible money bouts. If Canelo wins and does so with relative ease, it will prove he can make 154 again and that he is the true star in boxing. He will be able to dictate whom he fights, where they fight at, and at what weight class with this victory. If Smith wins his entire career changes and he will instantly become a massive star in the U.K. Smith will be the A-side in any bout after that till he losses. This matchup may not mean as much as a Canelo/Golovkin bout, but there is still substantial consequences from the outcome of this fight win or lose for either man.