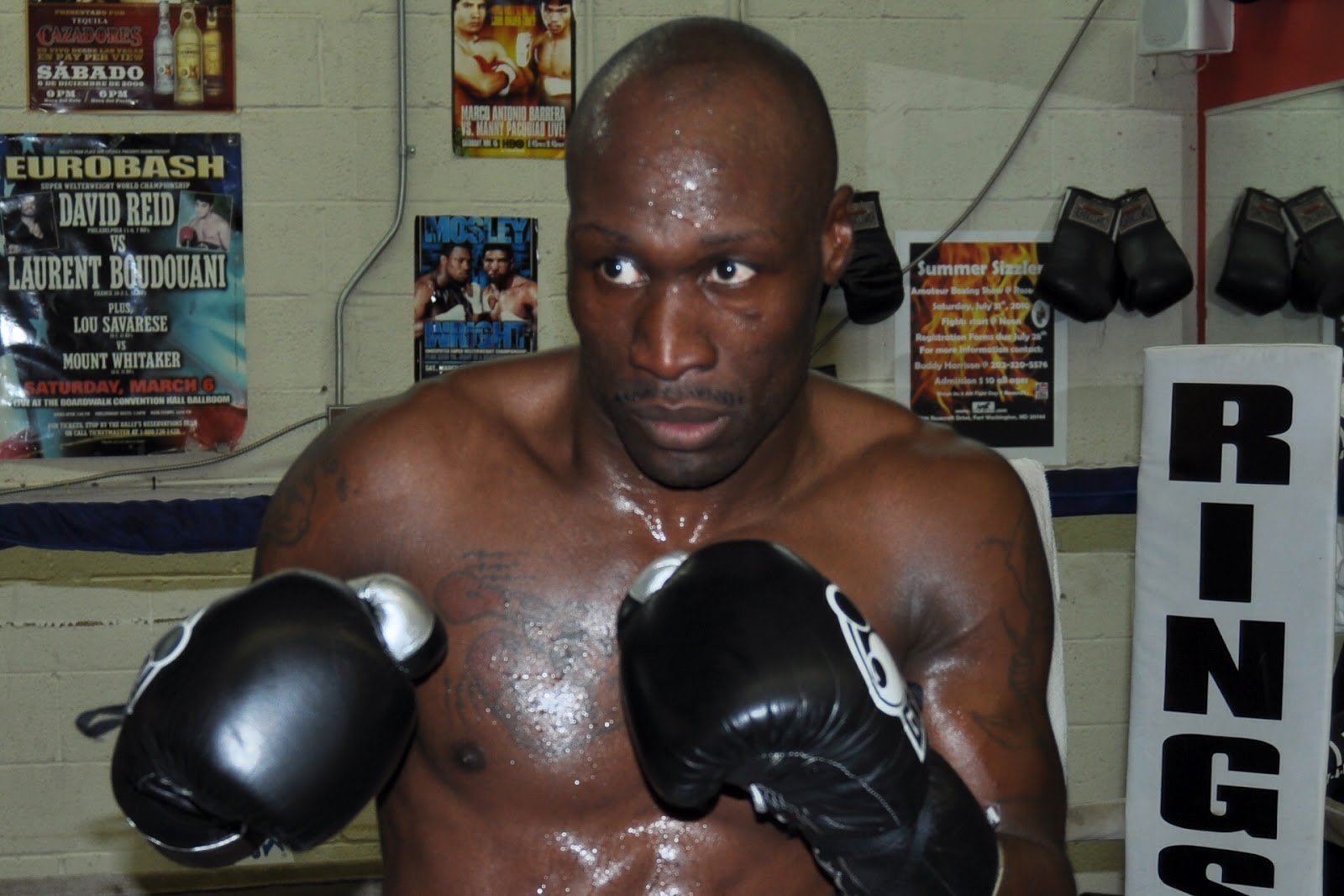 It was nearly a year ago when I stood talking on the phone to DeMarcus “Chop Chop” Corley. He told me he never knew he could fight 135 lbs. because he had been fighting above his weight his whole life. Corley, whose career has been a see saw set of affairs and would make a compelling ESPN 30 for 30 documentary, seemed to be at the end of the road last month when he quit on the stool against Selcuk Aydin early in the fight. Even Chop Chop’s most hardcore supporters began to question whether the show was coming to an end and then it happened.

In Corley’s native DC he faced the heavily favored hot prospect Javier “Pelos” Garcia, nephew of Robert Garcia, who also trains him as well. “Corley fought the perfect fight,” Robert Garcia stated after the fight. Leading to Garcia saying that Corley will be a champ at 135 lbs. For Corley, this is what he had been saying ever since his time at the Danny Garcia training camp leading into the Zab Judah fight.

Corley, who was supposed to fight Frankie Gomez in the summer to make his lightweight debut, saw the fight fall out under suspicious circumstances. With only a week and a half left until the night of the fight, Gomez pulled out with an injury. Rumors circled the internet as to the validity of the injury as well as concerns around Gomez’s ability to make the weight. Still Corley continued to take fights and his frustration mounted.

“None of these guys want to fight,” said the tough veteran who has spent most of his 30s going into other people’s backyards and beating up people knowing he needs a stoppage to win. In one instance, Corley fought Cotto in Puerto Rico and had a strange encounter with a passionate fan. After making weight Corley began to jar with Cotto only to see a fan come close to him with a knife in his hand. The man was thankfully stopped, but the story serves as metaphor of career of Corley, who always seems to be up against the wall as the B-side (fighter being brought in to fight the promoted fighter) and having to defy the odds to win.

Corley would like one last go at the title since his own title run happened at one of the most bizarre times for a boxer, a month or so before the tragic events of 9/11. “I simply could not get any fights, no one was fighting and to be honest I didn’t get to really cherish it,” said Corley, the man who nearly knocked out Floyd Mayweather. With a smile on Corley’s face he recounts that experience, “I knew I had him.”

Now Corley, 39, is fighting in a division most people view as one of the weakest in boxing. There are two champions of the division struggling to even get televised fights (Ricar Abril and Miguel Vasquez). Ricky Burns has flat out looked beatable for the past two years and should have lost his belt to Ray Beltran who was robbed of a decision. Adrien Broner, judging by his weight, seems to not be fighting at 135 lbs. The only other names that are out there that people think highly of are unproven in Terrance Crawford and Omar Figueroa. Then you have the guys who have been slightly exposed but can beat anyone on any given night: John Molina Jr., Jorge Linares and Antonio DeMarco.

What does this all mean? If Chop Chop can get a fight against someone who is a name, he could potentially find himself as an unlikely Rocky fighting for a belt at the age of forty. The scenario seemed outlandish just a month ago, but with his debut looking so impressive over a highly touted prospect, Corley now may have just one more career renaissance in him.