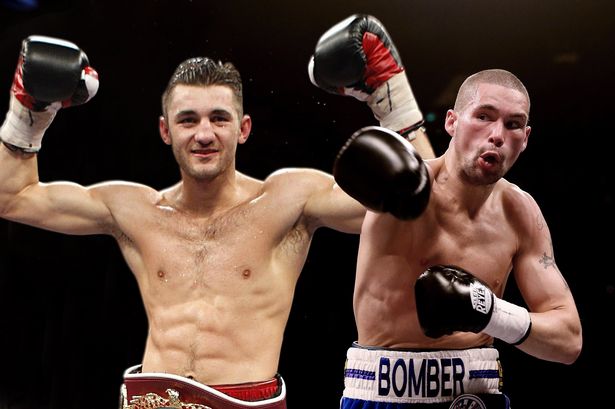 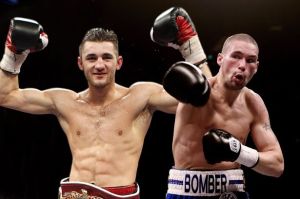 Promoter Eddie Hearn says that the hotly anticipated rematch between Nathan Cleverly and Tony Bellew is close to being finalised.

Cleverly earned a narrow win over Bellew in October 2011 when he defended his WBO World Light Heavyweight title on enemy territory in Liverpool. The bad blood between the pair has continued for years since that first clash and with both men now operating at Cruiserweight, a second fight is close to reality.

The pair could’ve faced each other on December 6 in Sheffield as part of a bumper show with Kell Brook defending his IBF World Welterweight title, but with Brook out of action until 2015, Hearn has moved quickly to find a new date and venue for the must-see clash.

“We are almost there,” said Hearn. “Having been originally set for December 6, we are now finalising a new date and venue and I hope to have the deal tied up this week.

“This is a wonderful fight – two great fighters with a genuine rivalry that will keep fans on their toes in and outside the ring. I can’t wait for this fight, and of course the build up!”

Cleverly is gunning to make it 2-0 against his bitter rival, and with both men highly ranked with the WBO, the Welshman believes that a World title shot could be the reward for the victor along with the bragging rights.

“I’ve always said I will fight him anytime anywhere, the result will be the same as before, a Nathan Cleverly victory,” said Cleverly. “The only slight change this time is I doubt he will hear the final bell. I’m excited for the fight, it will capture the publics’ imagination and become a huge event. I’m looking forward to making it 2-0 and moving on to a shot at the title.”

Revenge is on Bellew’s mind and for the Liverpool star, it’s the number one priority as he looks to level the score with Cleverly.

“I don’t just want to beat him, I want to finish him,” said Bellew. “He won’t want to get in the ring ever again after our fight. Putting the record straight means more to me than a World title, I’m going to put myself through hell in camp and picture his face during every moment. I cannot wait.”