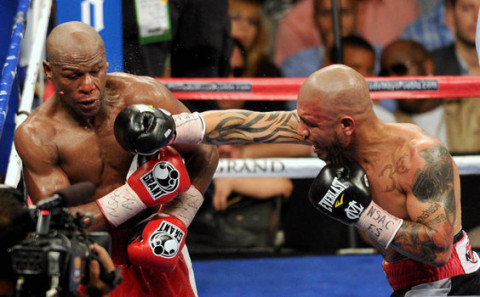 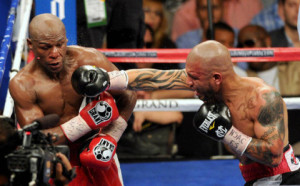 Golden Boy Promotions has made it abundantly clear Saul “Canelo” Alvarez desires to fight Miguel Cotto on Cinco de Mayo weekend, regardless if Mayweather continues to fight on the same weekend, which he has been campaigning on since 2007. Many boxing insiders believe a bout between Alvarez and Cotto is the second biggest matchup that can be made in today’s current world of boxing outside of a Mayweather-Pacquiao bout. If Cotto-Canelo does in fact come into fruition it would force Mayweather’s hand to either fight Pacquiao, or to call an end to his “Cinco De Mayweather” weekend.

Oscar De La Hoya has been assertive that the only bout that would push Cotto-Canelo away from May 2nd is a Mayweather-Pacquiao fight. It is becoming more and more abundantly clear, there are many hurdles several parties will have to overcome in order to make the biggest fight in boxing a reality. HBO, Showtime, Top Rank, Al Haymon, CBS, and Mayweather Promotions will all have to come into alignment, thus making the possibility of the bout occurring quite slim.

If no compromise is reached, Mayweather will undoubtedly be left without a good enough dance partner to push away Cotto-Canelo from May 2nd. The only other viable option Mayweather has is in order to maintain the same date, is to offer a deal to Cotto’s camp for a possible rematch, and according to El Vocero de Puerto Rico, that’s exactly what he has done. Al Haymon along with Mayweather’s team has offered Miguel Cotto 40 million dollars for a rematch. There has been no confirmation from either camp to prove this is in fact true, but it has certainly stirred up plenty of talk in the boxing world.