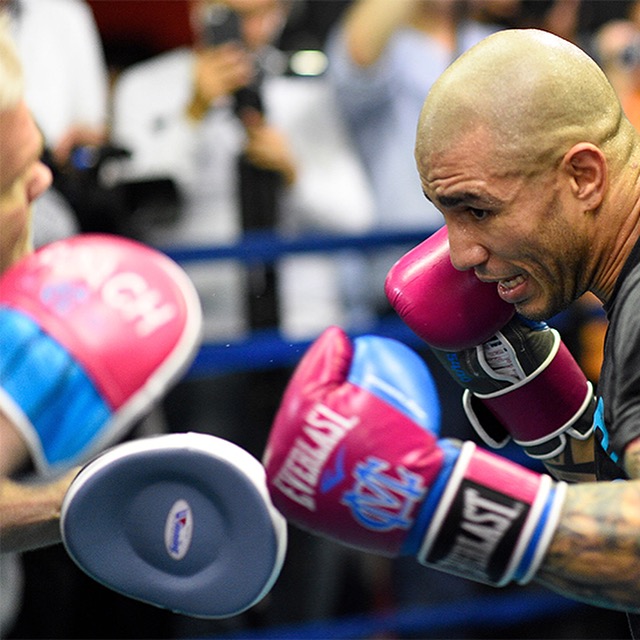 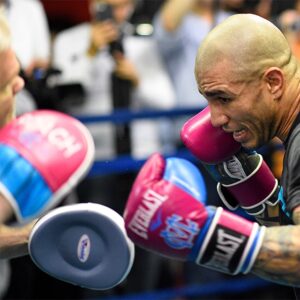 Until Miguel Cotto fights Canelo Alvarez or Gennady Golovkin, the questions will continue to come to him about those fights. Today at the final press conference for his fight with Daniel Geale, it was no different.

When mentioned about the possibility of fighting one of the two and why he choose Daniel Geale over the two, Cotto told the media, “Alvarez had his moment to shine against Mayweather and everyone knows what happened there. Golovkin is a guy who never faced in my opinion, class A opponents and people still asking for those kind of fights. Miguel Cotto been here for 14 years facing everybody. After Saturday, we’ll see what happens in my career.”

The other topic of conversation was the catch weight of 157. Miguel Cotto is the lineal and WBC Middleweight title and made it clear that if someone wants to fight him, they will have to give into his demands. He says he was dealt the card when he wasn’t the A side against Manny Pacquiao. Even though he held a title at 147, Cotto had to come in at 145. He doesn’t get the big deal now.

“In this case it’s with me, nobody said nothing in my catch-weight with my fight with Manny, now it’s a big issue,” Cotto said. “I don’t know how I don’t know why, he signed a contract for 157 lbs., and I’m expecting him to be 157 lbs.”

No one said anything about his catch-weight with Manny because he was in Daniel Geale’s situation leading up to the November 2009 fight. Pacquiao was the A side, not Cotto.

Geale might have a huge weight and size advantage come fight night even with the catch weight. But Miguel Cotto says skills will overcome size.

“If they believe their size advantage in weight in rehydration can beat the skills and preparation and everything we put, their wrong. I wake up every day asking for myself to win everything to bring more than I can bring, Freddie and Gavin do the same. At the end of the round the size doesn’t matter, my condition and preparation will be the key. We’re ready enough for the best Geale on Saturday night.”