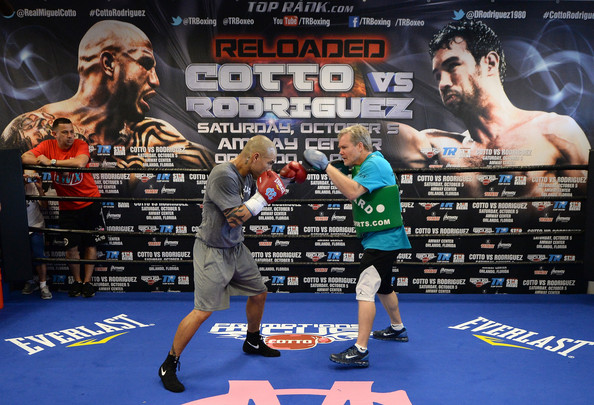 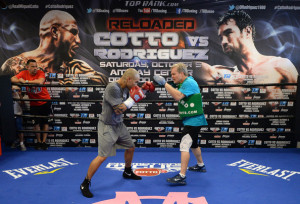 Miguel Cotto will travel to LA this month in preparations for a rumored bout with Canelo Alvarez. He plans to meet with Freddie Roach start the initial plans for the bout supposed to take place May 2nd according to ESPN Deportes speaking to the head of Cotto Promotions, Bryan Perez.

“We’re going to LA next week,” stated Perez. “Miguel’s going to meet with Freddie to keep in shape. We were there in September and we’re going next week to do the same.”

Regarding if the bout with Canelo has been finalized, Perez said, “Nothings official yet, but we are working on getting a deal done. In the meantime, Miguel wants to remain in shape. The great thing here is that Miguel is in a great position to pick who he wants to fight. We’re evaluating all our options”

A bout with Cotto and Canelo has been rumored for May 2nd where all parties involved from both teams are looking to stage that would add to the Mexico-Puerto Rico rivalry.