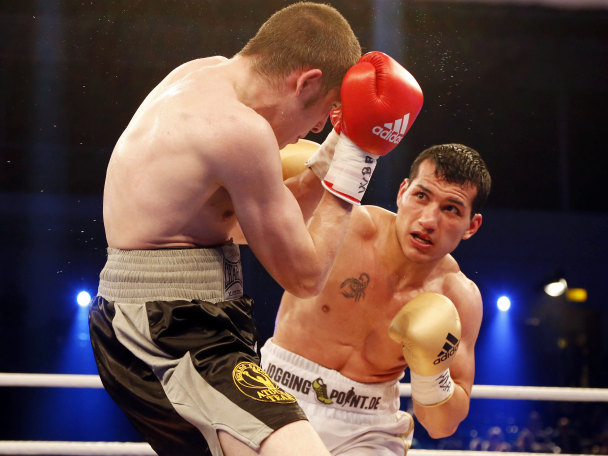 Jack Culcay (14-1, 10 KOs) wants his title back! Therefore, the former WBA Intercontinental Champion has to beat Guido Nicolas Pitto (18-1, 7 KOs). As well as Marco Huck’s WBO title defense against Firat Arslan, Culcay vs. Pitto will be another rematch staged at Hanns-Martin-Schleyer-Halle in Stuttgart, Germany on September 14. They first fought each other this April. Back then, the amateur world champion of Milano 2009 suffered his first defeat as a pro against the Argentinian, losing via controversial decision.

“I am happy to get a new chance against Pitto,” said Culcay, who can hardly wait to redeem himself. “When we first met each other inside the ring, I delivered the more precise blows but didn’t seem to do enough on the judges’ scorecards.” In their second encounter, the 27-year-old super-welterweight wants to show that he has drawn the right conclusions. “I need to be far more active in the rematch. I want to beat Pitto. On points or by stoppage – it does not matter to me.”

Besides the WBA Intercontinental Title, a spot in the WBA’s ratings is up for the grabs for the prodigy of coach Fritz Sdunek. Culcay: “There is a lot at stake and I will definitely take this chance!”