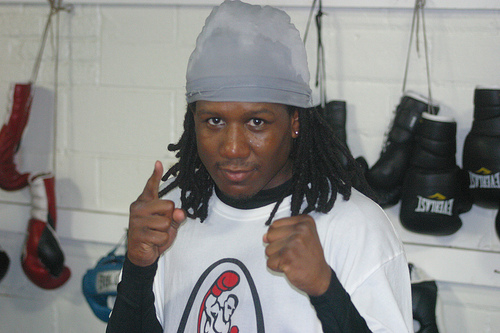 his Friday night, lightweight contender Dannie Williams (22-2, 18KO’s) will return to action under the bright lights of ESPN’s Friday Night Fights when he takes on recent world title challenger John Molina (24-2, 19KO’s) in the 10-round main event at the Indian School in Sante Fe, New Mexico.  The bout is promoted by Goossen Tutor Promotions, in association with DiBella Entertainment and Rumble Time Promotions.

The bout between Williams and Molina features two contenders meeting at an ultimate crossroads in their respective careers.  On March 30, 2013, Williams squared off against fellow top-rated contender and NABF champion Hank Lundy on Friday Night Fights. The heavy-handed Williams got off to a good start, dropping Lundy early in the first.  Lundy would go on to win a 10-round unanimous decision though, retaining his title in the process.

Williams bounced back with a seventh-round TKO over veteran Rynell Griffin in October and now has his sights set on Molina, who was stopped by then WBC lightweight titlist Antonio DeMarco in September. A win over Molina will set Williams up for much bigger and better opportunities in 2013 as he looks to position himself for his first world title shot.

“I need to show the world in this fight that my last televised fight was not me. That was a fluke,” said Williams. “The boxing world needs to see the real Dannie Williams.  2013 is a huge year for me.  After I take care of business on Friday night, I want to get right back in the ring against ranked opponents and move my way to the top of the lightweight division.”