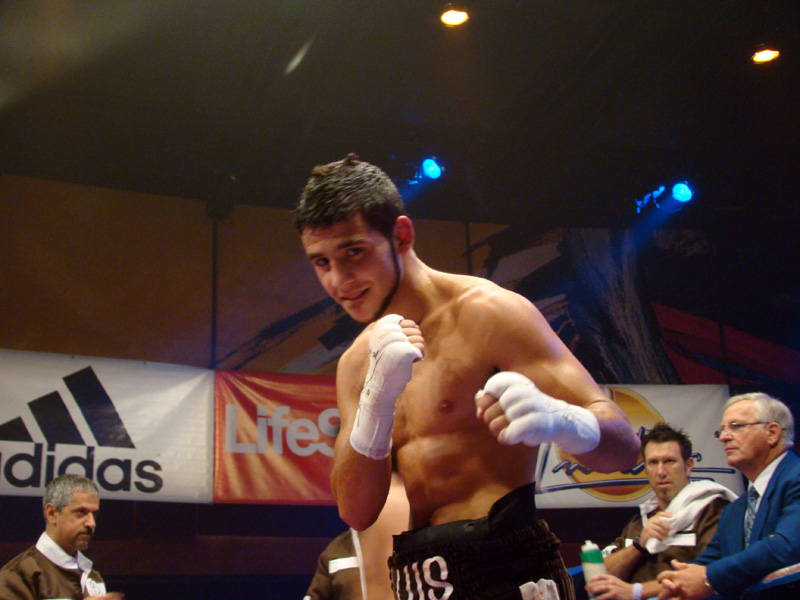 Junior welterweight sensation Tony “Lighting” Luis has high expectations of where his blossoming career will take him during the next twelve months.
A multi-time Canadian amateur champion and former WBC Continental Americas titlist, Luis’ 2013 begins on January 25 when he battles well-regarded Miguel Gonzalez of Cleveland , OH . The bout takes place on ESPN Friday Night Fights live from the Turning Stone Casino in Verona , NY and is promoted by Greg Cohen Promotions and Banner Promotions.
Recognized as one of the top young talents in a nation flooded with quality prizefighters, Luis, 15-0 (7 KO’s), destroyed hard-hitting veteran Andres Ledesma last September in his United States debut. The popular 24-year-old is a perfect 4-0 with all 4 wins by knockout since moving up to the junior welterweight division.
Dubbed as “Silky Smooth”, Gonzalez won the 2008 National Amateur Championship in the lightweight division and came close to earning a spot on that year’s Olympic team. As a pro, Gonzalez has an outstanding 20-3 record with 15 knockouts. In his last bout, he dropped a decision to Mike Dallas on EPSN Friday Night Fights.
Regardless of the outcome from Gonzalez’ last fight, Luis expects a tough challenge on the 25th.
“He’s a slick southpaw with a dangerous left hand,” the well-spoken Luis said of Gonzalez. “He’s fought some very tough fighters and won’t be flustered or fazed by anything. Like me, he had a ton of amateur fights against the best competition out there. I’ve got a good game plan and he’ll see what I’m about once we get into the ring.”
In addition, Luis, who lives a few hours north of Turning Stone Casino and has a large fan base in Canada , believes there’ll be a solid turnout for this fight.
“We’re organizing a bus so people from Cornwall can come down to the fight. I’ve got great fans and they really support me. January 25 will be a great night for me and everything will go as expected if I follow the game plan.”
Tweet