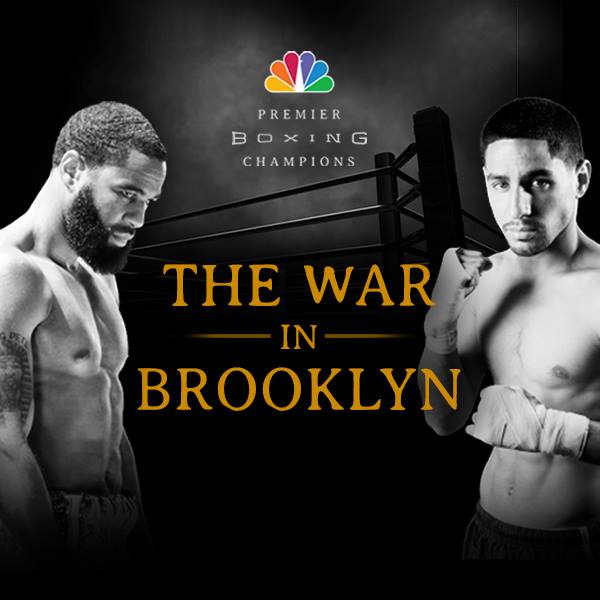 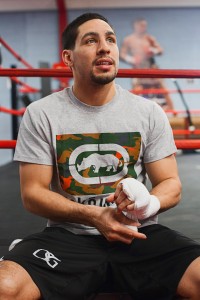 Current light-welterweight champion Danny Garcia (29-0, 17 KOs) spoke with the boxing press in between workouts for his upcoming fight with Lamont Peterson (33-2-1, 17 KOs) and discussed his future at 147 and what he will need to do to get some of that big time money that is being passed around up there.

Although nothing has been made official, with Danny’s recent difficulties in getting down to 140, the general feeling is that he has long outgrown the 140 lb. weight class and will be making the jump to 147 in the near future. Danny spoke about bigger paydays and the allure of fighting at welterweight.

“Yeah, big money. I would love to. That’s what boxing’s about. That’s every fighter’s dream… it’s to fight on that stage, of course for a lot of money, all the exposure in the world, but it’s one fight at a time.”

Garcia insists that he isn’t getting ahead of himself and that what he accomplishes in the future will depend on what he does in the present. He has to keep winning in spectacular fashion and keep building his status within the sport if he wants to reach superstar levels.

After enjoying a dominance over 140 lb. competition, Danny is finally conceding that his run at 140 is coming to an end. He admits that there is a good chance that this is his last fight at 140…

“Yeah, it’s a good chance but we’ll see how I feel in the summertime.”

This may be his last fight at 140 from a technical standpoint, but the truth is that Garcia’s last fight at a legit 140 lbs. came in the follow-up to his war with Lucas Matthysse in March 2014 against Mauricio Herrera in what many describe as an underwhelming performance. Was he weight drained for that fight? Who knows, but he certainly has avoided getting back down to that weight since then, so it’s probably time to consider Danny’s days at 140 officially over.