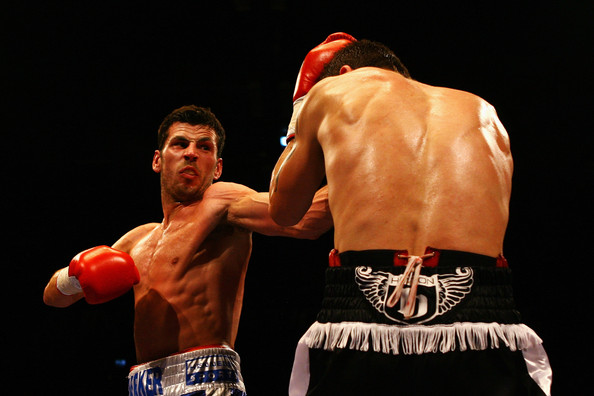 In all walks of life, surgery is a gamble. In sport, it can cure a long term injury and rejuvenate a career or end a career in it’s prime. Thankfully the former applies to Darren Barker, who after successful surgery on his hips is ready to make his in ring return on September 8th at Alexandra Palace.

“The hips are blinding, I’m so glad it’s been done. I’m running and to be honest we always work really well, you know my trainer Tony Simms is really underrated and one of the best coaches in the country.On top of that, we’ve just added a strength and conditioning coach. We’re doing that every day and I have a dietician on board, so already this far out, 8 weeks from Saturday, the fight, I’m feeling absolutely on fire. I think you’ll see the best of me now. I feel like  I’m preparing like a professional boxer now, carrying on like a professional athlete and you know considering what I’ve done before without doing things properly, I think I’m going a have a long night soon,” Barker told ThaBoxingVoice.com

After almost a year out of the ring the former British, Commonwealth and European Middleweight champion could be forgiven for a taking an easy fight for his comeback, but he has different ideas. “I’ve sat down with Eddie (Hearn) and Tony (Simms) and I’m content to go into a tough fight. I’ve asked for the Proksa fight, I don’t know if that’s going to come off but I’d love to get my hands on that European belt for a third time. I don’t know what his plans are for the future but I’ll keep plugging away, get fit and whoever they tell me I’m fighting, I’ll be able to get in with them.”

As always, Matchroom Sports have delivered a stacked card of the brightest prospects in the UK for the September 8th show. Making his professional debut that night will be former G.B. podium squad member Martin Ward, who Darren believes has a big future ahead of him. “He is an exceptional talent, the stuff he is doing in the gym at his level is incredible. There is no doubt in my mind that if he carries on going the way he’s going, there’s no reason he couldn’t win a world title”

Barker’s last performance was a spirited effort on route to an 11th round stoppage defeat to Sergio Martinez, to who many believe is the best in the division.

Darren certainly didn’t look out of his depth in that fight and is determined to prove he belongs at boxing’s top table. “I’m looking to push on now and capture that world title because I won’t be content until I do. I hope I proved I’m world class by pushing Martinez that close, I think I’m more than capable of beating the other guys out there. With my mental and physical preparations now, I’m a new animal and I’m going to prove that in September. It’s a matter of just looking good now and cracking on. If it was me in with Sturm when he fought Macklin or Murray, there’s no doubt in my mind I’d be world champion right now”.