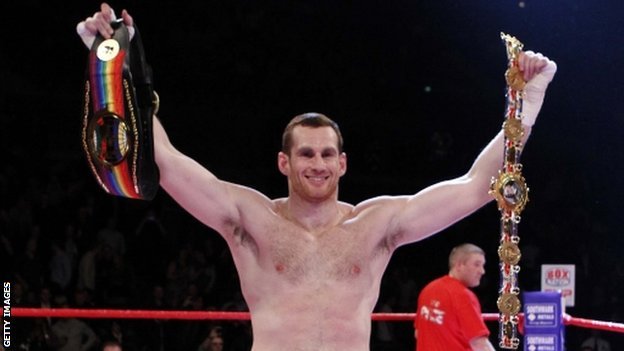 For a long time, the Heavyweight division has been bemoaned, for both its lack of excitement and talent. Once, one of boxing’s premiere divisions has failed to develop any notable stars in the last few decades.

Undefeated British heavyweight, David Price is staking his claim in the division and is coming off a first round destruction over former Olympic Gold medalist Audley Harrison, in front of his hometown crowd in the Liverpool Echo Arena. Another British Heavyweight on the scene is Tyson Fury, who was in attendance for Price fight made some controversial statements during a TV interview and followed this up with a series of insults and rants on twitter that has drawn attention domestically and overseas and landed him in trouble with

During a recent interview for ATG Radio Price was dismissive of the comments. “I found it really funny to be honest; I think he’s a bit of a comedian”. It clear Price had no interest in engaging in a war of words with Fury and took pragmatic stance in responding.

“I want him to keep talking and talking the fight up and ill let my fist do the talking.

The contrasting personalities are a throwback to the classic: outspoken trash talker vs. reserved fighter, only focused on actions and not words. Unlike Price’s assessment the public’s desire is probably for a combination of both fighters’ personalities but ultimately what happens in the ring is what will matter most.

The interest in this fight seems to be building; however Price downplayed a matchup in the near future, eluding, “The fights not going to happen for at least 12 months”, citing Fury’s management as a potential hold up. Price has an upcoming December bout with Matt Skelton and hopefully can move on to some more marquee bouts to raise the profile of both himself and the heavyweight division.