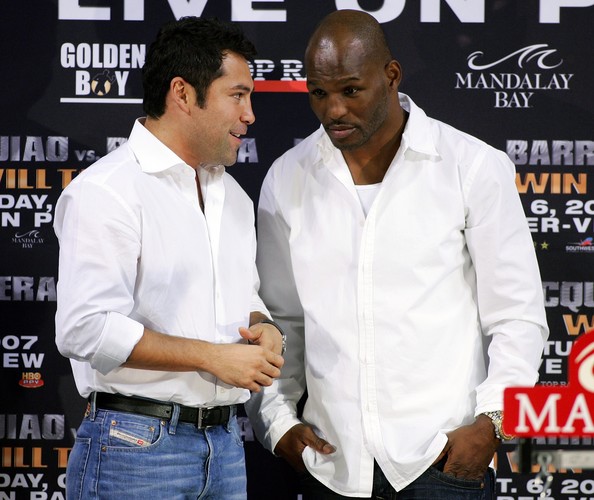 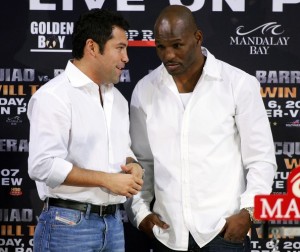 Betting lines set-up by the odds makers all over the globe have the fight anywhere from 3/1 or 2/1 in favor of 31 year old Kovalev depending on your site reference. Hopkins is no stranger to being the underdog but seeing that he is 18 years older than his opponent, these numbers should be a testament to what kind of fighter Hopkins is and continues to be.

Almost 10 years ago when Kovalev was just old enough to be able to enjoy an alcoholic beverage in the USA, Hopkins was ruling as the king of the middleweight division and once again asserted his dominance in his nine round destruction over Oscar De La Hoya. Now many years later De La Hoya is at the pedestal of Golden Boy Promotions and Hopkins is still kicking it with the youngsters.

De La Hoya admits that on one hand, he is surprised that Hopkins is still regarded as such a good fighter, that the odds of the fight would be close. On the other hand, he says Hopkins is a “freak of nature” and at this point he has already surpassed general expectations.

“Nothing surprises me anymore with Hopkins, but I really did think that people would have Kovalev as a long-shot. To see the fight almost being an even fight it just goes to show you that a lot of people are believing in Hopkins.” De La Hoya continued, “You can say its a motivation but Hopkins always has the motivation no matter who he’s facing. He’s just so disciplined. Hopkins is a machine.”