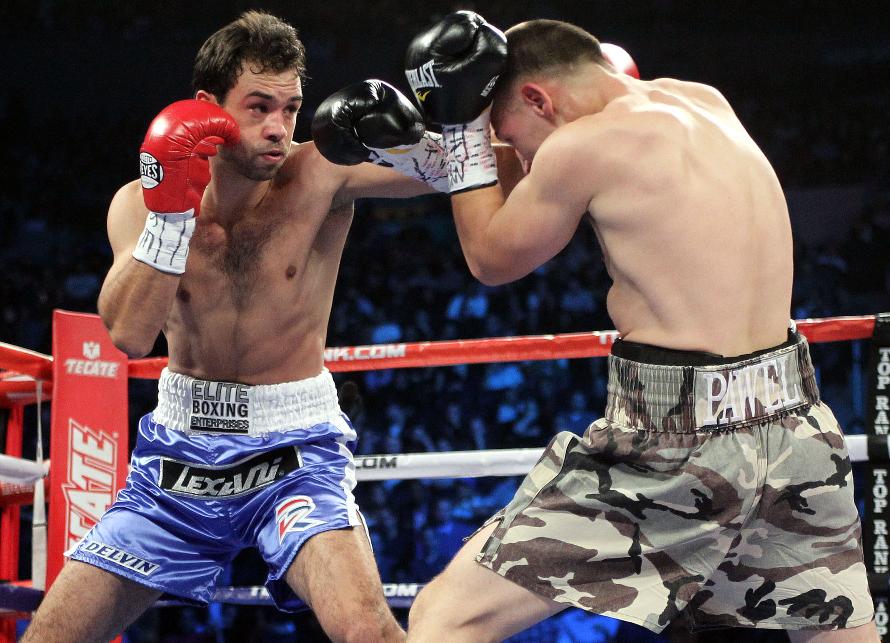 “After I beat Cotto, I’m going to be on the Mayweather-Canelo level, it going to put me back to be on that level where I been working so hard to get.”

Those were the words of a confident Delvin Rodriguez after he landed the biggest fight of his life when he takes on Miguel Cotto on October 5th in Orlando, Florida. Cotto has the big fight experience over Delvin, but has been in many wars and because of that, Rodriguez may not get the credit he may deserve if he defeats Cotto.

“I got like 4 or 5 inches on him. I have to beat this guy and I will. It doesn’t matter if they say he was done, it’s a huge win and I’ll get the bigger names when that happens.”

The fight is in the backyard of where Cotto used to train. Ideally a fight between a Puerto Rican and a Dominican would make sense in New York, especially being that Rodriguez Is based out of Danbury, Connecticut. That would make it a quick drive to New York for his hometown fans. But Delvin understands the business and he has to go where the a-side of the event wants him too.

“It’s just the way it’s been with me all the time. I’m fighting Cotto in his second home in Orlando. I expect fair judging, his fans won’t affect me, I just got to worry about my camp and beat him very convincingly. At the end of the night I’m going to have a lot of Puerto Rican fans.”

Cotto  will probably no longer train much in Orlando since he is now training with Freddie Roach who’s Wild Card Gym is based out of Los Angeles. This will be Cottos’s 4th trainer and he has said they he would like to close his career with Freddie Roach. While Roach may be a great trainer, Delvin feels there won’t be much he can do to improve Cotto.

“Cotto’s been around for a while, he throws good combination, how much can you change with a guy that’s been doing the same thing forever in 2 months. I don’t really see Roach bringing anything. I think it’s a disadvantage. I thought he had a great coach who was with him for like 2 years and they seemed to have a good relationship. So I don’t know what Roach can do.”

Most of the 154 lb division is controlled by Golden Boy who has taken all of their big fights to HBO’s rival network Showtime. The question was posed to Delvin that if he should be Cotto, how easy would it be to fight on another network and fight the other top 154 lbers like Canelo Alvarez, Erislandy Lara, and Alfredo Angulo, among others who are promoted by Golden Boy. Rodriguez stated, ” Theres no contracts that say I cant jump around and fight whatever network I want.”

To close the interview, Rodriguez stated that this fight will leave a defining image in our heads. “I have 12 rounds and I’m a put a beating on Cotto. Losing is not an option and I’m going for the kill, there’s gonna be no doubt in the judges or the fans. You’re definitely gonna see blood.”