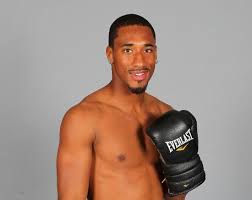 A much anticipated fight between WBO 154 lb. champion Demetrius Andrade (21-0, 14 KOs) and contender Jermell Charlo (24-0, 11KOs) seems to be off. According to Rick Reeno of BoxingScene.com, the chief supporting bout for Khan-Alexander is no longer because of financial issues and because Andrade’s wife is expected a new born around that time.

Andrade he been rumored in many fights including BJ Saunders and Matt Korobov. Since winning the WBO title he has defended it once against Brian Rose in July of this year. There are rumors of the fight being pushed back to next year. However, it is unsure of his return date because in the BoxingScene report, HBO has a first and last option on Andrade’s next fight which means it’s likely that Andrade may not fight on Showtime.