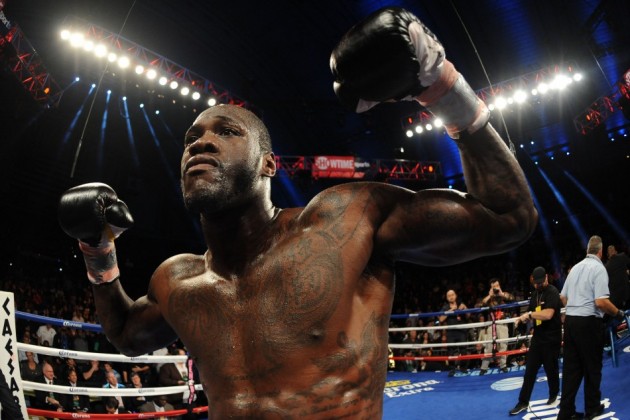 In the March 15th co-main event of Showtime’s Garcia vs. Herrera broadcast, up-and-coming contender Deontay Wilder (31-0, 31 knockouts) took on Malik Scott (36-2-1, 13 knockouts) in the lone heavyweight bout of the evening. Touted for his obvious knockout power, but criticized for his level of opposition, Wilder was going into this bout with Scott hoping to finally convince some of those same detractors that he is indeed the real deal. No one expected Scott to ultimately beat Wilder, but no one expected for Wilder to tear through him as easily as he did either.

As soon as the opening bell sounded it was clear that Scott was gonna embrace the role of counter-puncher. Wilder immediately resorted to using his lengthy reach to keep Scott at bay, but aside from the occasional jab, the lack of action led the crowd to become restless. Both fighters were clearly feeling the pressure, but it seemed neither was going to shift from the gameplan.

Suddenly, Wilder caught Scott with a left hook and straight right combo that dropped Scott against the ropes. Scott was clearly hurt, and couldn’t beat the referee’s ten count. It was an end many saw coming, but it was the timing of it all that surprised people. Just like with any quick stoppage there will always be those who question the validity of the knockout, but with the win under his belt, Wilder is one step closer to proving that he is the next great American heavyweight.