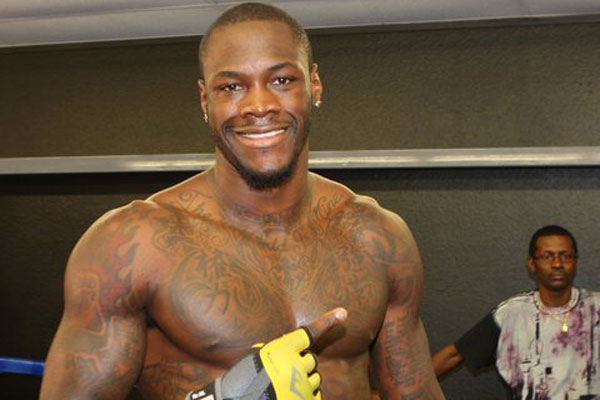 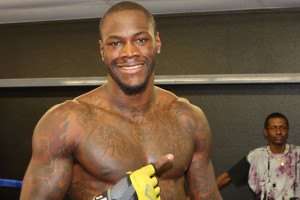 Deontay Wilder engaged in what many people would call a glorified sparring session last Saturday night against an opponent who ironically enough was once his sparring partner. Jason Gavern was brought in on eight days notice and most people didn’t expect him to make it out of the first round.

It’s not against the law for a top fighter to have a stay busy tune up fight every now and then but Wilder didn’t look at this fight in that way. “We didn’t have to call that a tune up because we know every fight in the heavy weight division is a dangerous fight, but I wanted to get back in the ring. I was missing the ring. I needed to get a little rust off. This longest that I have away from the ring and I wanted to get in there and get a little rust off. We already knew what this fight meant and what this fight was, so everybody played their part. The fight is what is was.”

Surprisingly Gavern did last longer than one round and was able to hang around until the fourth before he got tired and ended up retiring on his stool after the round ended. According to Wilder the fight went exactly the way he planned it. “I wanted to get a couple of rounds. My main goal was to get a couple of rounds and not so much go looking for the knockout. I could have had him out in the first round when he started moving to his right. He was right there lined up for my right hand. That wasn’t my plan of doing. I didn’t want to give away too much as well too because I knew my opposition would be looking as well, along with a lot of other guys. Everything worked out like we wanted it.”

Some people criticized Wilder for allowing Gavern to last as long as he did, but Wilder sees himself in a no win situation and isn’t fazed by the criticism. “If I would have looked spectacular against this guy people would have said that guy was a nobody, so when I do great with the top guys, we don’t want any questions. People would say that’s what I’m supposed to do. I just stayed at his level. I fought to his level and did what I had to do. I got in and got out. I wanted to go about eight rounds. My plans were to go eight rounds but he ended up getting tired so on to the next, title time now.”

Wilder is the number one contender and the mandatory challenger for WBC Heavyweight Champion, Bermaine Stiverne, but no official date has been set for the two to meet. “Well all that is about to change soon, the letters went out today. We’re about to go into negotiations. The world will know soon as far as where it’s going to be, venues and all that stuff. All that stuff is coming,” Wilder explained.

Can Wilder be the one, to bring excitement and attention back to a lack luster heavyweight division, that people have been longing for? He seems to think so. “I have it all. I have the things that you can’t really teach. Alot of these guys try so hard. Alot of these heavyweights now in the division, they are dying to be like me. They are dying to be in my position. I am one off the most exciting heavyweights there is. All the guys want to be where I am. I’m the number one contender. I’m going to be around for a very long time. Once I take this belt, everybody might as well line up, and they are going to get exactly what they got coming to them and that’s a straight beat down.”