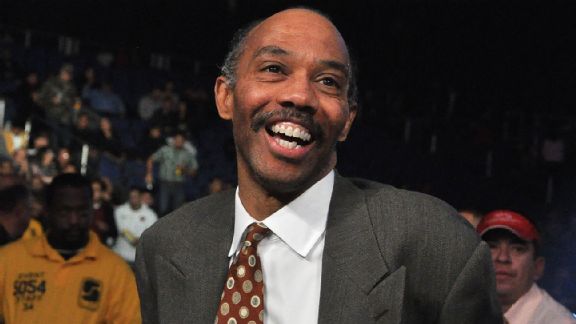 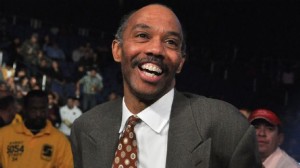 Today, I wish to embark on a little journey. Should you wish to join me, I will explain the difference between a paper champion and a legitimate title holder, in the sport of boxing. These paper champions or gift title holders are now common place in the sport. Based on my observation this has become a more of a problem ever since Mr. Al Haymon decided to become a “Boxing Advisor.”

Haymon has the type of influence that allows him to swiftly move his fighters up the rankings in the various governing bodies. The problem with this is that we get kids who win titles early, against over matched foes. Ultimately they are not yet ready to face a championship caliber challenger,  and they get beat up quite badly when they do.

It has happened to many of his fighter sadly. Once they hold titles or held titles and they have to start fighting better guys. Jermain Taylor, Andre Berto, Daniel Jacobs, Adrien Broner are all prime examples of guys who held or hold gifted titles. What do they have in common? All Al Haymon clients, and in my opinion all were paper champions. Taylor has some how even managed to land another title shot against Sam Soliman.  They are all bootleg champs, who have been whooped by real competition.

Now on the other hand you have guys like Danny Garcia, Adonis Stevenson, Shawn Porter, Anthony Dirrell, and some would argue even Peter Quillin. These guys did it the old fashioned way, for the most part. They fought pretty stiff competition, along the way.

I will include Peter in this list, although some may disagree, because he has at least successfully defended his title multiple times. I will also include Shawn Porter because he beat Alexander and Malignaggi, two real contenders and former champs. I know he lost to Kell Brook. The good thing is that Brook can go back to England knowing he fought and beat a legitimate title holder, and he made his entire country proud.

Study the careers of the boxers  that I have mentioned above. You will see the stark difference in the level of competition faced by each group of fighters, as they developed in their careers. I am not putting all the blame on Haymon because the guys that did it the right way are all his clients as well. So what gives? Maybe Al knows who is real and who is not and treats their careers accordingly.

Guys like Danny Jacobs openly admitting that they are not ready for the best guys, despite owning a title, is horrendous. He knows that GGG owns the real claim to his alphabet trinket. Why fight for it  if you are not ready to be champ? Well I guess at least he accomplished a dream. That means something to Danny Jacobs, understandably so. But beating Fletcher for a title, with all do respect, does not mean much to me.

Kell Brook and Chris Algieri are fun to watch and easy to root for. Although they like the pretenders, were somewhat untested and highly doubted until getting their title shot. Both managed to rise to the occasion to some how come out on top. Some guys can do it and others can’t? The thing to focus on here is that both Kell Brook and Chris Algieri fought tough guys on their way to their title shot and earned the titles as underdogs. Also they are both superb boxers with some intangibles, a great heart, desire, and a mindset to succeed in the sport against the best. That is something that either you have or you don’t. The making of a real modern day titleholder is very complex.