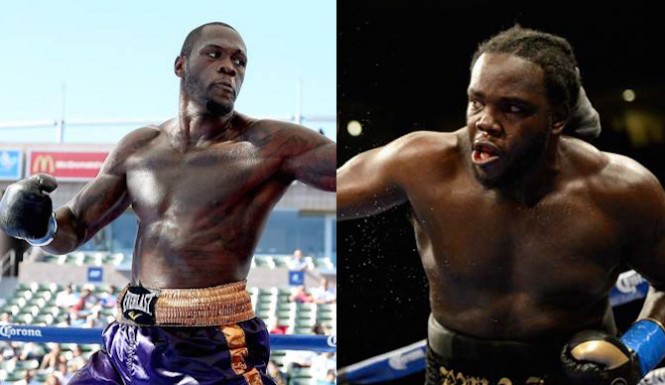 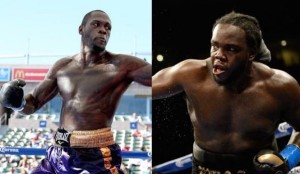 This Saturday, Showtime Championship Boxing makes its return to the airwaves for 2015 as Golden Boy Promotions and Don King Productions present heavyweight championship boxing live from the MGM Grand in Las Vegas. The WBC World Heavyweight Champion, Bermane “B Ware” Stiverne will defend his belt against KO artist Deontay “The Bronze Bomber” Wilder, a fight that has been 8 months in the making and a fight that may clarify the immediate future of the heavyweight division. Also on the card will be Leo Santa Cruz defending his WBC junior featherweight title against Jesus Ruiz.

Bermane Stiverne (24-1-1, 21 KOs) originally surprised the boxing world when he clearly out-boxed and beat Chris Arreola in April of 2013. That domination was topped when he stopped the stone-jawed Arreola in round 6 of their rematch last May, which is when he captured the then vacant WBC belt. At age 36, Stiverne has made a splash in a division that has trended downward (other than the Klitschkos) since the days of when Lennox Lewis, Riddick Bowe, Evander Holyfield, and Mike Tyson ran the yard. He hopes to once again prove that he is worthy of being known as a big time fighter and to once again show that he isn’t ready to pass the torch onto the younger up and coming heavyweight fighters yet.

Deontay Wilder (32-0, 32 KOs) has the look, the hype, and the numbers to say he is the next one in line as the next great American heavyweight fighter. The one thing he is missing is the in-ring proof. Golden Boy has taken it slow with the Olympic bronze medalist. Out of his 32 wins, the only ones against semi competitive guys were a one-punch KO vs. a 41 year old Audley Harrison in April 2013, which has been his last fight, and what some people call a phantom KO in round one against Malik Scott in March of last year. He wants to show that he is a legitimate contender to take the thrown from the Klitschkos.

This is a fight that I really can’t see lasting much longer than 2-3 rounds maximum. Both are power punchers and both have been chin checked at some point in their career, Stiverne by Demetrice King in 2007 and Wilder by Harold Sconiers in 2010. To be honest, this fight is a complete pick’em because I feel whoever connects first is going to finish the other. I’m going to go with Wilder just because he’s the younger guy and I do feel he has more power, but it can really go either way and no matter what, it should be an exciting for all 2-3 rounds of it.

In a fight that shouldn’t be as competitive, Leo Santa Cruz (28-0-1 with 16 KOs) should be able to handle Jesus Ruiz (33-5-5 with 22 KOs) in a much easier way. The only question is if Santa Cruz will be able to stop Ruiz before it goes the distance. Ruiz is still young, at age 25, but every time he has tried to step up, even a little, he has lost. So with him now facing the top guy in the division, there is no reason to feel he will be able to hang with Santa Cruz. I’m going to say that Santa Cruz stops him due to referee stoppage in round 8.

Stiverne-Wilder should begin what will be a good start of the year for boxing, with Brandon Rios vs. Mike Alvarado next week and Gennady Golovkin vs. Martin Murray up in February. All in all, boxing is back and the return of championship boxing to the airways should be a good thing as the big boys headline a card that should bring in the New Year with a bang. With two big punchers like Stiverne and Wilder, I think it would be hard for them to disappoint so enjoy the fights.