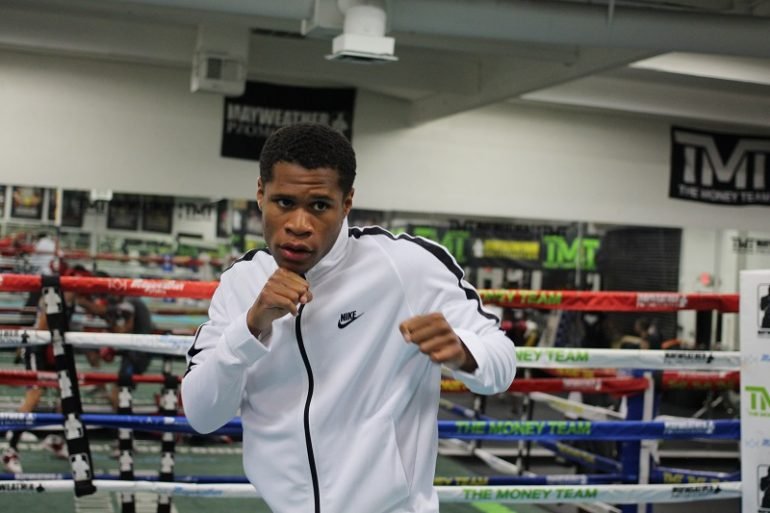 Ryan Garcia had very little to say about Devin Haney after Haney’s victory over Jorge Linares. Garcia stated that he would have slept (KO’d) Haney in that fight. The issue that many have with that including myself is why did Garcia not take the fight with Haney earlier when it was offered to him?

Back in March Eddie Hearn stated that Garcia was offered the fight and then said no. Shortly after it is announced that Garcia would face Javier Fortuna and many fans were cool with it. It is a dangerous fight. Well not long after that announcement Garcia steps away from the fight citing mental health issues.

For Haney that all seems suspect.

“Ryan Garcia is the true definition of a coward,” Tweeted Haney. “A few weeks ago he wanted sympathy because he was having ‘Mental Health issues’ this week he talking shit about me… it’s funny now he came out after Javier fortuna found another opponent.”

Jorge Linares was an opponent Garcia had been looking to fight for a while as well, but that never materialized. Haney believes that Linares would have torn through Garcia if Luke Campbell was able to drop him.

“If Luke Campbell dropped you what would have Linares have done to you?” “Let’s be real you never wanted to fight Linares. You ducked him like you ducked me.”

At this point Luke Campbell chimed in and he and Haney had a back and forth.

LC: “Congrats on your win lad but FYI the shot I dropped Ryan with would have slept you and Linares is now 3 years past his best.”

DH: “Calm down Luke the fluke you’ve never won a big fight in your life… tell me one person that you beat??”

LC: “Have had some big fights and winning the Olympics was a decent buzz… nothing like that feeling when a new email hits the inbox though eh. Enjoy the victory champ.”

DH: “I respect Luke as being a warrior in the ring I would never take that away from him… but at the end of the day in any of his big fights he’s never pulled off the victory.”