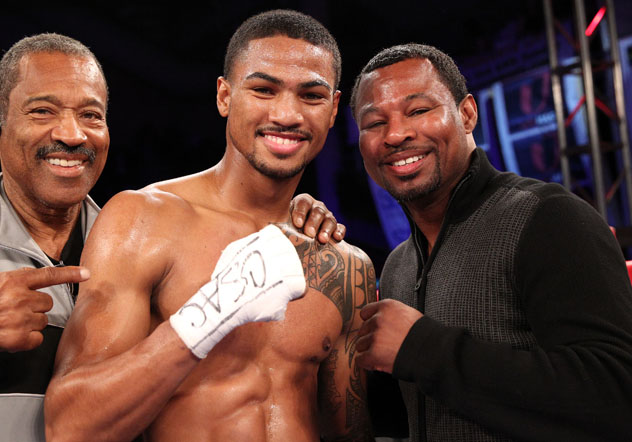 “Failure doesn’t define you. It’s what you do after you fail that determines whether you are a leader or a waste of perfectly good air.” ― Sabaa Tahir, A Torch Against the Night

Shane Mosley Jr. had an opportunity to snatch the WBO/NABO Middleweight Title last weekend on DAZN but ended up falling short. It was not a blowout though it was an extremely close fight. Mosley came on strong in the first half and Jason Quigley did so in the second half. They both had moments that could have stolen rounds for either of them.

After the fight, Quigley seemed open to a rematch but seemed more interested in moving on and issued a challenge to WBO Middleweight Champion Demetrius Andrade.

The quote at the top says what you do after you fail is what determines whether you are a leader or a waste of perfectly good air. What does Mosley want to do? A rematch with Quigley to prove he won the first time around.

“This fight is VERY controversial and I agree,” stated Mosley via Instagram. “But More than anything right now, I just wanted to come on here and let y’all know that I love and appreciate you for supporting me. EVERYONE and their grandmas (literally) has hit me up and I’m so very thankful for each and everyone of you. This isn’t over and I don’t take a loss as career ending. I will rise above this. By the way I’m down for a rematch. I don’t think he wants to
take that risk though.”

Mosley even got some encouraging words from some fellow fighters.

Cornelius Bundrage: “It’s a dirty game. You won my dawg.”

Willie Monroe Jr.: “Great showing champ. Get back to work like the greatness you are. One day you’ll look backj at all of this and smile. No accomplishment is bigger than the journey. Trust the process champ.”

Paulie Malignaggi: “Rematch would be of interest to everyone and might be logical for you both. The fight was very good and made for entertaining TV.”